Adele has the voice of an angel and everybody would agree. She made her debut in 2008 and it was probably the first time that the world finally saw her. But if you would look at Adele now, you will see just how much the singer has transformed over the years. One can even say that she looks completely unrecognizable from the older days. Her signature eyeliner look has stayed but she clearly has lost a significant amount of weight.

Adele has always ignored negative weight-related comments. She was emphatic that her weight had nothing to do with her career—she is a singer, not a Playboy model. So, what has changed? What caused Adele’s weight loss, and how did she achieve it? Let’s find out by following her inspiring weight loss journey.

Adele was on the heavier side when she made her debut in 2008. But her weight was never an issue for her. She was comfortable in her own skin and far from insecure. Adele’s mother instilled in her a self-centered attitude by telling her to do things for herself and not for others. The singer clearly took her mother’s advice and continues to do so.

Adele did, however, lose a few pounds after her vocal cord surgery in 2011. As part of her recovery, she had to give up a few foods, which triggered Adele’s weight loss. She soon became a mother to a beautiful baby boy named Angelo, and her life was forever changed. What began as a quest to gain more stamina for her music tour has evolved into a desire to live a healthier lifestyle in order to set a good example for her son.

Adele’s priorities shifted after she became a mother. She was just having fun and concentrating her efforts on being a mother. In her interviews, she stated that the change in her attitude was intentional. She desired to live a healthy lifestyle and set a good example for her son. And her weight loss was just a side effect of this healthy lifestyle change. Check out Melissa Peterman’s weight loss story, which is equally inspiring.

Adele On Smoking And Surgery: How It Changed Her?

Adele was riding high on her relatively new and successful career when she lost her voice while singing live on French radio. “It was as if someone had drawn a curtain over my throat…and I could feel it.” “It felt like something popped in my throat,” Adele described her sensation.

She had a polyp on her vocal cords that had haemorrhaged, leaving the singer without a voice. She had to have vocal cord microsurgery, which is a risky and delicate procedure. She could have completely lost her voice. Adele’s journey has not been without its difficulties. She was ordered by the doctor to remain silent for several weeks as part of her post-surgery recovery. We can’t imagine how she must have felt being unable to sing or communicate.

Adele had to give up some of her favourite foods, including pizza. Adele’s smoking was also to become a thing of the past. She used to smoke 25 cigarettes per day, but she quit after her surgery. But it wasn’t just the surgery that prompted this decision. 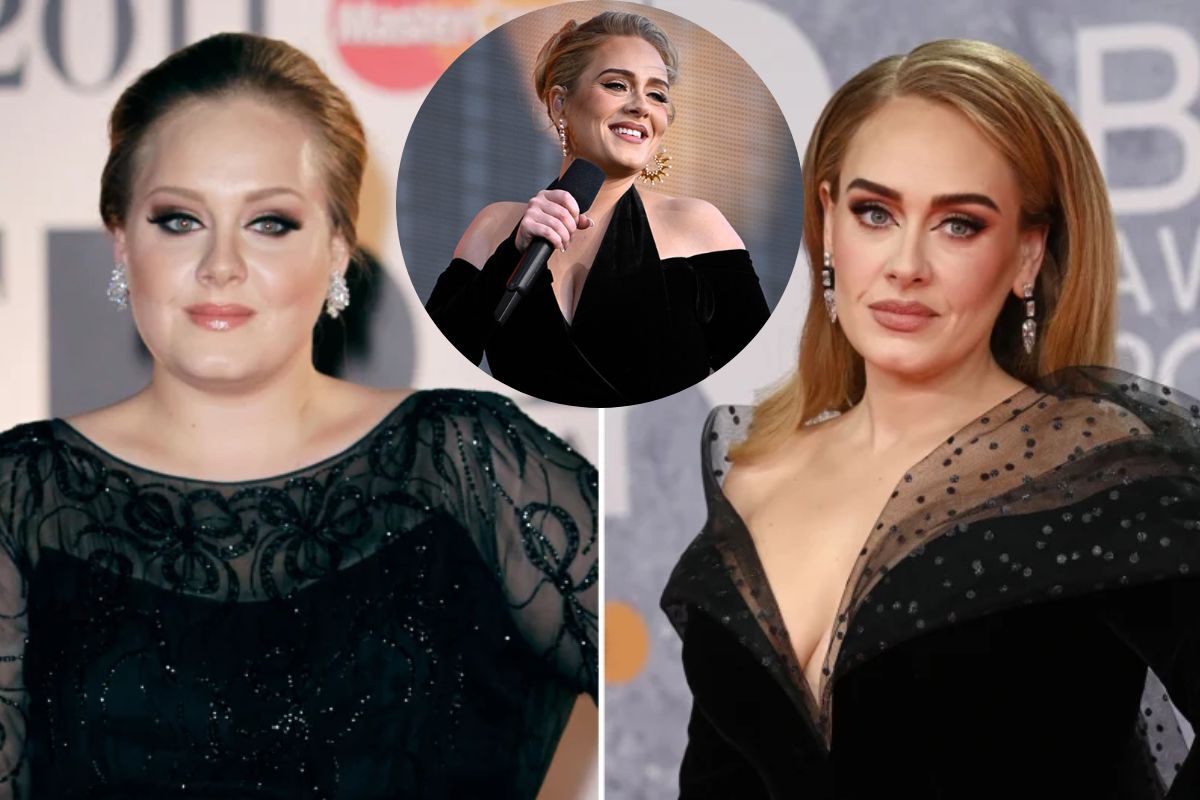 “I absolutely loved smoking,” she continued, “but it’s not cool when I’m dying and my kid is devastated.”

Adele’s perspective on life had clearly changed since becoming a mother. Despite her celebrity, she had always preferred to live a life away from the constant scrutiny of the public eye. She valued both her own and her son’s privacy. She has not revealed how much weight she has lost, but it is believed that she has lost 14 pounds. Adele had previously revealed information about her weight loss diet and exercise routine.

One thing is certain. Adele looks stunning both with and without makeup. Her red carpet looks have influenced many beauty bloggers, and as a result, there are numerous Adele makeup tutorials on YouTube. This is why we thought you could recreate her signature look by following some beauty tips from the singer’s makeup artist, Michael Ashton.

Prepping: Michael first, begins by prepping her face. He believes that this step is the best and one of the most important. He recommends double cleansing followed by a moisturizer or serum.

Eye Makeup: The next step in the Adele beauty routine is to work on the eyes. Michael begins by shaping the brows. He uses an eyeshadow to keep Adele’s brows look bold and shapely. He then goes on to prep the eyelids. He mixes two different colors to form the base for eyelids. He says this “product cocktailing” plays a major role in creating Adele’s signature look.

After prepping the lids, he uses a black gel liner to outline Adele’s eyes and finishes off with a waterproof liquid liner to further refine the look.

Face Makeup: The next step is to use a face primer followed by a foundation using gentle circular motions with the help of a tapered head brush. He blends the makeup thoroughly and ensures the coverage reaches the jawline and ears. A spot concealer works well for Adele’s skin as she has naturally flawless and glowing skin.