Fans are wondering when and if AirPods Max 2 is coming out. The first-gen model came out two years ago, and its design has received mixed reviews. Most are happy with their build quality and battery life, but the Smart Case, lack of lossless audio support, and high price have many holding out hope for a revision that’ll address these issues. We’ll take a look at what we know about the second generation of AirPods Max and what its new specs might look like below.

Apple is notorious for withholding launch information until the last possible moment. As a result, we have no idea when the AirPods Max second generation will be available. According to a Bloomberg newsletter, analyst Mark Gurman predicted an autumn 2022 launch. We doubt they’ll be released this year because they missed Apple’s September 2022 event. The AirPods 3, AirPods Pro, and AirPods Pro 2 were all released in the third quarter of the year, so we wouldn’t be surprised if the AirPods Max 2 didn’t arrive until the fall of 2023.

The AirPods Max are an expensive pair of headphones, and we doubt that will change with inflation on the rise. We anticipate that the AirPods Max 2 will cost the same $549 as the first generation. However, Apple may continue to produce the original model and reduce its price. It would make sense to get something in the $350-450 range for those who want something more powerful than the AirPods Pro but don’t want to spend more than $500 on it.

While the original AirPods Max received favourable reviews, there is always room for improvement, and we can tell that Apple is working to improve the ANC (active noise cancellation) by the patents granted to them.

One of these patents is for something called ‘audio howl.’ This is essentially a positive feedback loop that builds up to the point where it can be heard as a subtle howling noise.

Given the patent application, the chances of this happening with the AirPods Max 2 are slim. 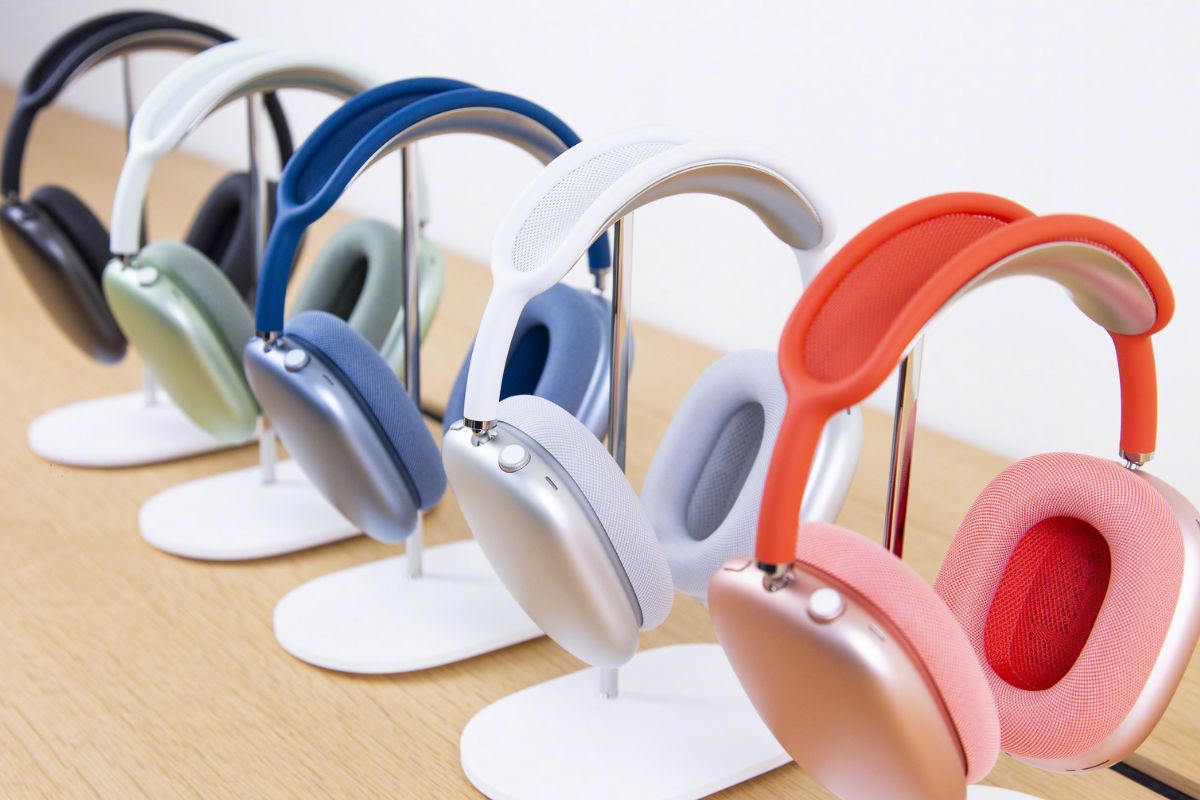 Here’s where things get a little more interesting. Gurman’s report outlined that we should expect new colours on the updated AirPods Max. The original device debuted in Space Grey, Silver, Green, Pink and Sky Blue, so the product isn’t shy to a splash of colour.

While Gurman didn’t expand on what to expect, we can look to the 2021 iMac for inspiration. Expect brighter colours, in the same pastel shade. Yellow? We see you. Red? Yes, please. Purple? Come here. iPhone 12 and subsequent iPad models have featured a purple option, so we’d hedge our bets on this one.

Since the release of the AirPods Max, Apple has begun to offer lossless audio through Apple Music. Surprisingly, Apple’s top-tier headphones do not support lossless audio wirelessly. Its Bluetooth connection supports AAC files at up to 256kbps. That’s high enough fidelity that most people won’t notice a difference, but people (rightly) expect more from a $550 headset.

The second generation AirPods Max will almost certainly include technology that allows users to play lossless audio wirelessly (at least when connected to an Apple device). We also expect higher-end drivers to be included to take advantage of this.

The inability to turn off the original AirPods Max without returning them to the odd bra/pouch case was one of their most limiting features. The case’s magnets then instruct the AirPods to enter ‘Ultra-low-power’ mode.

This is usually fine, but the only way to get them to turn off is for them to run out of battery, which is inconvenient for those of you who don’t charge them frequently.

So, hopefully, the AirPods Max 2 will include an actual off switch, but given Apple’s proclivity to eliminate I/O, it’s more likely to take the form of a combination of touch inputs.

A patent granted to Apple in 2019 suggests that the AirPods Max 2 will include full touch controls as well as some other cool gesture/positional features.

This suggests that the digital crown will not be included in the design of the AirPods Max 2. Instead, you can probably expect to control it by swiping and tapping the outer shell of the headphones.

The patent also mentions orientation control. This could mean that when the headphones are hung around the neck or when one earcup is lifted away from the surface of the head, the music automatically pauses.

When did Apple Release AirPods Max?

Almost without a doubt. The AirPods Max 2 will be Bluetooth-enabled, as was the previous model. Despite talk of Apple’s upcoming proprietary wireless audio codec, the company will not abandon Bluetooth because it is far too common.

This means that the AirPods Max 2 will work with Android, but you won’t be able to use all of the features unless you have an iPhone.