The Apple Watch 8, which was unveiled on September 7 at the Apple Event, includes new health, safety, and connectivity features.

The Apple Watch Series 8 has the same outward design as the Apple Watch Series 7, but inside it has a new skin temperature reader that will be used to advance sleep tracking and cycle tracking data. The watch also has improved motion sensors for detecting car accidents. And, while the Apple Watch’s battery life is still rated at 18 hours, a long-awaited low-power mode can actually extend the watch’s endurance to 36 hours.

Even better, the Apple Watch 8 isn’t the only new Apple Watch on the market this year. There’s an Apple Watch SE 2 that offers the watch’s core features at a lower price. There’s also the highly anticipated Apple Watch Ultra, which is billed as the best Apple Watch yet for rugged sports.

The Apple Watch 8 release date is September 16, though the watch is available as of September 7 for pre-order. 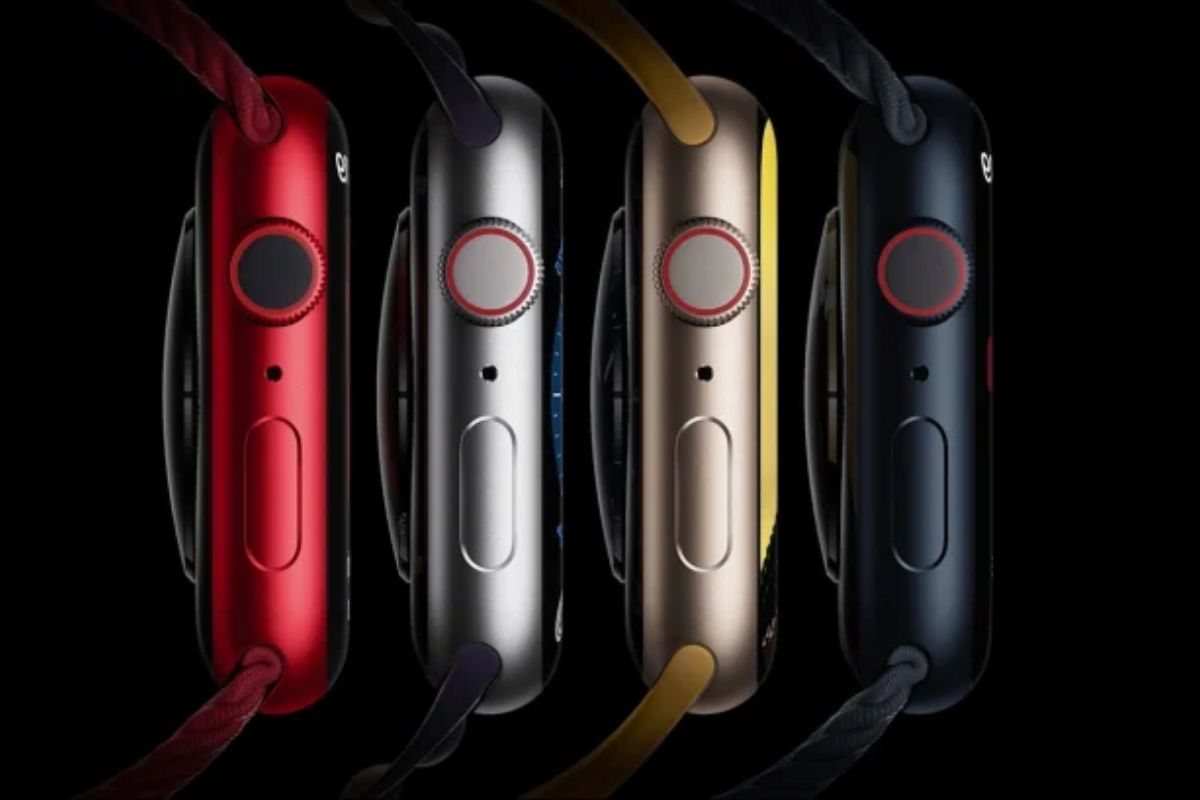 The iconic squircle was tweaked with the Apple Watch 7 to accommodate larger displays in an ever-so-curvier chassis.

The Apple Watch 8 design remains unchanged on the outside, with a curved body available in 41 and 45mm sizes. The only difference is the colour options for the Apple Watch 8, which include Midnight, Starlight, Silver, and Product Red.

A skin temperature sensor is built into the Apple Watch 8. Because body temperature is a metric for tracking ovulation, being able to measure body and skin temperature will be used to inform fertility. Increasing cycle-tracking data can be used to not only help manage conception, but also to identify underlying health conditions such as thyroid disease or polycystic ovarian syndrome (PCOS.)

The skin temperature sensor will be used to track sleep data in addition to fertility tracking. Sleep tracking received significant advancements in watchOS 9, specifically sleep cycles. The Apple Watch 8 will be able to detect a change in the baseline overnight temperature, which can be caused by factors such as travel or alcohol consumption.

When you’ve been in a serious car accident, the Apple Watch 8 crash detection feature will detect it. The watch has two new motion sensors as well as improved gyroscopes and accelerometers on the inside. The watch will be able to detect a crash as it happens by sampling motion 4x faster than before.

In the event of a crash, the Apple Watch will automatically dial 911 and notify your emergency contacts.

The Apple Watch 8 battery life is rated for 18 hours or “all day” power, which is consistent with previous Apple Watch generations. Having said that, Apple has finally borrowed an important iPhone battery feature for Apple Watch: low power mode.

Low power mode disables battery-draining features such as the Always-On Display and automatic workout detection while keeping the watch functional otherwise. Apple claims that the Apple Watch’s battery life can last up to 36 hours in low power mode. Simply put, this is the most significant improvement to Apple Watch battery life in years.