As the MCU nears the conclusion of its next saga with the Avengers: Secret Wars event, many fans are hoping to see classic heroes return through the Multiverse. After all, since the events of Avengers: Endgame, fans have been clamouring for more of Robert Downey Jr.’s Iron Man and Chris Evans’ Captain America.

With talk of the Multiverse heating up, rumours have begun to circulate that Iron Man and Captain America actors may be set to return to the MCU. Doctor Strange in the Multiverse of Madness already hinted at this potential with Patrick Stewart’s Professor X, but fans are still eager to see the two MCU veterans in action.

The Kang Dynasty and Secret Wars are now official, with both set to hit theatres in 2025, completing Phase 6 and the Multiverse Saga. For the time being, talk of Evans and Downey Jr. is purely speculative, especially with Anthony Mackie’s Sam Wilson firmly established as the MCU’s Captain America.

However, there is evidence to suggest that the two MCU icons will return in the coming years before the current saga concludes and the next begins.

How Chris Evans Could Return in Avengers: Secret Wars

Even with Chris Evans’ openness to reprise his MCU role, the actor appears eager to be careful with how a Captain America comeback would be handled. The Marvel veteran has long been clear about how perfect he finds his Avengers: Endgame ending and has been clear about how anything that messes with that would “require a near-perfect recipe.”

The primary criterion for Evans appears to be finding a compelling reason to reprise his role as Steve Rogers under a different guise, as the role of Captain America is now held by Anthony Mackie’s Sam Wilson. After stepping down as Captain America, Rogers has gone by the moniker Nomad, who is rumoured to be working on his own project at Marvel Studios.

So, when it comes to returning to Earth-616’s Rogers, Evans appears to be picky about finding a reason other than pure fan service to do so. But how does Evans feel about returning through the Multiverse?

Even though Evans does not appear to be interested in fan service, he has expressed a desire to return as Fantastic Four’s Johnny Storm, aka Human Torch, via the Multiverse. Because of the perfect ending his MCU hero received, the actor has already stated that reprising his 2005 hero would be a “easier sell to [him] than coming back as Cap.”

While he does not want to “disrupt what a beautiful experience” it was to play Captain America, Evans believes his Human Torch “didn’t really get his day.” If Evans does return for Secret Wars, it may be as his Fantastic Four (2005) hero rather than the MCU icon, unless Kevin Feige can create a compelling reason for him to do so.

With Secret Wars being a Multiverse-wide crossover, there is any number of unique Captain America Variants that Evans could play and maybe even fight against his former teammates. Marvel Studios President Kevin Feige could undoubtedly find a meaningful way for this to work.

In January 2021, Deadline reported that Chris Evans will return in “at least one Marvel property with the door open for a second film,” which will be separate from Captain America 4. Because of the magnitude of the event, Secret Wars is almost certainly one of the projects under consideration if these reports are correct. 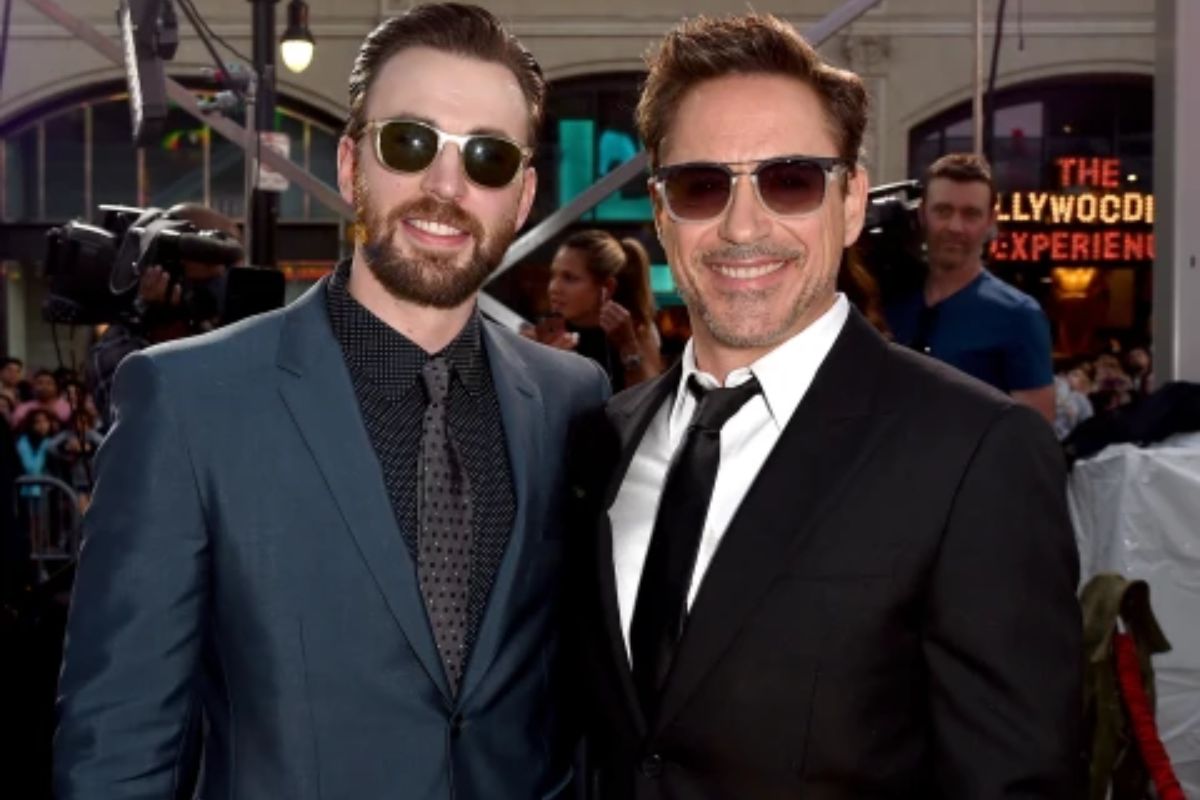 Chris Evans and Robert Downey Jr. Return to the MCU

The condition of Chris Evans’ and Robert Downey Jr.’s return appears to be finding a good story to tell and a meaningful reason to bring them back. Neither of the actors appears to be interested solely in fan service, but a good salary could change that.

Surprise appearances from Downey Jr. and Evans would be a surefire way for Marvel Studios to please the crowds with the conclusion of the Multiverse Saga.

In the case of Downey Jr., the most likely way for him to appear is in Secret Wars, when a Variant from the Multiverse crosses paths with the MCU’s heroes. Reintroducing Tony Stark from Earth-616 via resurrection or time travel would jeopardize his Avengers: Endgame sacrifice, which neither the actor nor the studio would be willing to do.

Marvel Studios has far more options when it comes to Evans. Countless Chris Evans Variants, such as an alternate Captain America, the villainous HYDRA Supreme, or his original Human Torch, could be brought into play by the Multiverse. The elderly Steve Rogers is still kicking around the MCU and may have some fight left in him, or at the very least some wisdom.

To summarise, while fans may not have seen the last of Robert Downey Jr. and Chris Evans in the MCU, they will never return to the franchise’s forefront. Any future appearances will most likely be in the form of a cameo or a limited role that will not be revealed until the next Avengers blockbuster hits theatres.

Avengers: The Kang Dynasty will be released in theatres on May 2, 2025, with Secret Wars following on November 7, 2025.

How Robert Downey Jr. Could Return in Avengers: Secret Wars

Unlike Chris Evans’ Captain America, who retired early, Robert Downey Jr.’s Iron Man was killed off in Avengers: Endgame, bringing his decade-long MCU run to an end. Despite the fact that Downey Jr.’s heroic journey is coming to an end as he moves on to other projects, fans are still clamouring for his return to the MCU.

Obviously, resurrecting the MCU’s biggest star from the dead would be a game-changing moment that must occur in a major big-screen project to elicit a massive audience reaction. Some fans have already speculated on how Tony Stark might fit into Ironheart or Armor Wars on Disney+, but both are unlikely.

With the amount of money Downey Jr. was making by the time his MCU tenure ended, only an Avengers blockbuster worth billions could justify his return. So, if Robert Downey Jr. is returning as Iron Man, Secret Wars would be the place to do it.

The MCU veteran could return in a variety of ways, including short-term or long-term resurrection, artificial intelligence, or a Variant from the Multiverse. Looking at the possibilities, a Variant appears to be the most likely way for Downey Jr. to return in Secret Wars, as the Avengers meet an alternate Tony Stark.

Similarly to Evans, Downey Jr. has maintained a strong “never say never” stance on reprising his MCU role. Meanwhile, the Russo Brothers have stated that Iron Man’s return “must be earned” and that it must “surprise and shock audiences.”