Eastern Kentucky residents are preparing to confront yet another challenge: forecasted heat and humidity are expected to wreak havoc on those who are still without power, water, or a place to live.

What happened: The governor described the flooding as “one of the darkest, most tragic tragedies in Kentucky’s history” after 37 individuals lost their lives. After over a foot of rain fell last week, violent flash floods swept away homes and stranded families on rooftops, leaving many people unaccounted for.

On Tuesday morning, Gov. Beshear stated, “It’s just awful out there, and it’s going to take years to reconstruct.” We don’t know what happened to the people who were left behind, and we don’t know where their homes are.

Beshear indicated at a Tuesday morning press conference that the chances of fresh storms lessening overnight from Monday to Tuesday were low. There are thousands of people without electricity or water or living in temporary accommodation who will face fresh challenges this Wednesday and Thursday due to the expected high temperatures and humid weather.

More on the flooding in Kentucky:

Weather conditions are forecast to be hot and humid on Wednesday and Thursday, with temperatures expected to range from the upper 80s to the upper 90s. Temperatures could get to just over 100 degrees Fahrenheit, according to heat indices.

New weather challenge: “It’s going to get hot,” Beshear predicted. Beshear stated that eight cooling centers would be built by the state to help people in need, including the 9,686 customers who are still without electricity.

Seniors and those who are “otherwise weak,” according to the governor, should use the designated safe zones when doing outdoor activities such as rescuing items or restoring dwellings.

There is no shame in going somewhere like this, he said. There will be a lot of risks and a lot of heat.

As of Tuesday, 429 individuals were accommodated in 11 emergency shelters across the state, and 191 more were temporarily housed in state parks, according to Beshear.

COVID-19 concerns in group shelters have prompted officials to work fast to relocate families to private shelters, Beshear said. According to the Centers for Disease Control and Prevention, 80 of the state’s 120 counties currently have “high” COVID-19 community levels. 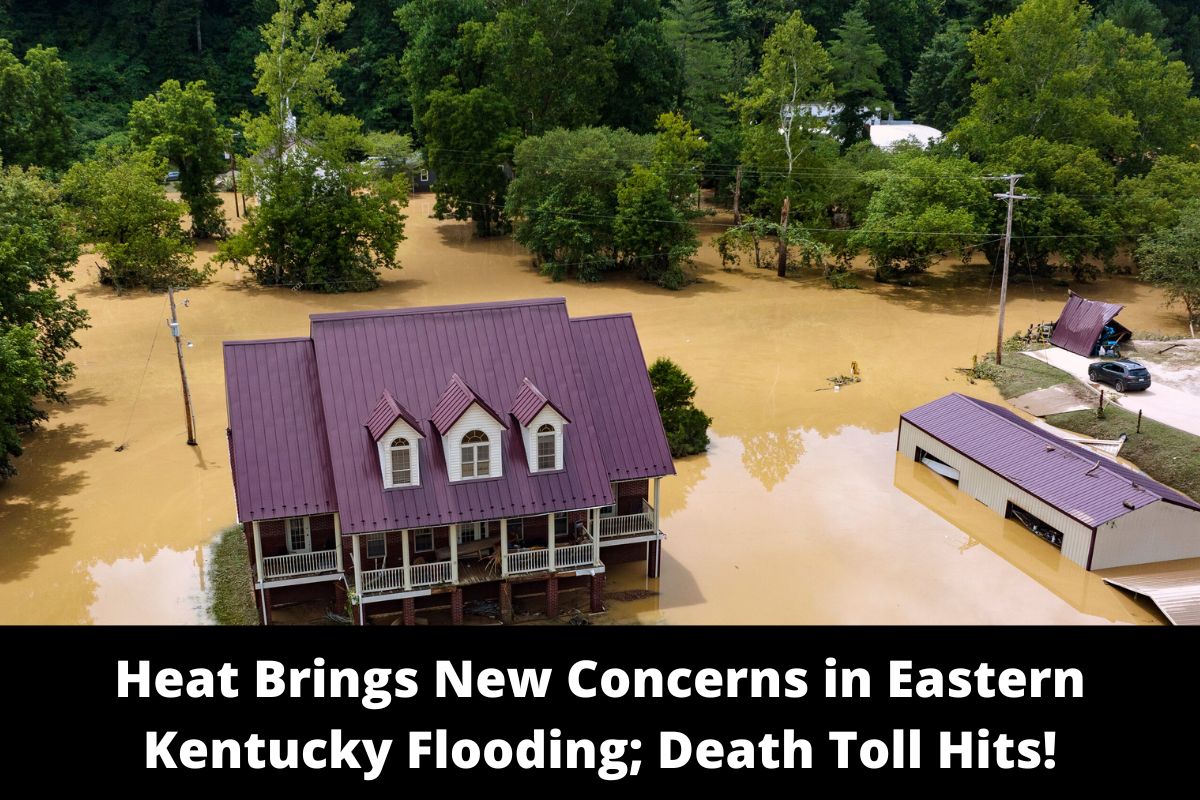 Flooding has prompted the postponement of the start of fall courses at several schools in eastern Kentucky.

As a result of damage to various buildings, Knott County Schools Superintendent Brent Hoover has postponed classes for the remainder of the school year. School superintendent Denise Yonts intends to bring students back to school as quickly as possible in Letcher County, where two staff members were killed.

It is expected that one of Perry County’s elementary schools will have to be rebuilt following the tornadoes that struck the area. It was originally scheduled to resume sessions next week, but they have been pushed back as the community works to assist families rebuilding after losing their homes, Jett said.

To even begin talking with the community about where children would attend school, he explained that “just that in and of itself will take time.

Beshear announced on Tuesday that the Kentucky Department of Fish and Wildlife Resources had rescued at least one person on Monday, providing some comfort to the families of those still searching for their missing loved ones.

Since the floods began, more than 1,300 individuals have been rescued, and Beshear claims that the Kentucky state police are still taking complaints of missing people. Many individuals are still stranded as a result of the flooding and mudslides that have shut down highways in the area.

Many people have still to be found, although this should decrease when cell phone service is restored to a greater extent.

Around 5 a.m. on Thursday, Chloe Adams heard gurgling noises coming from her bathroom sink drain. In the middle of the night, she screamed for help as storms inundated her home in eastern Kentucky.

The 17-year-old, who was alone with her dog, Sandy, claimed, “All I knew was that I had two possibilities here.” “To save me, I’ll risk drowning in the water. I was well aware of the dangers of swimming in fast-moving water, but I had no alternative.”

As early as Thursday morning, Chloe reported that water had already begun to cover her deck and had risen to her threshold. she was “terrified” and “hysterical” and yelled for family members who lived nearby, but they didn’t answer phone. Chloe estimated that it took her about an hour after the water began to rise before she realized she and her dog needed to be saved. The Louisville Courier-Journal has more on Chloe’s incredible story of survival.