Nahida and Layla are two new upcoming characters for Genshin Impact, and their release date, as well as some very early information about their abilities, has leaked.

September should be a good month for Teyvat visitors. We are currently in the middle of update 3.0, and the rerun for Ganyu and Koimiya with new character Dori is just around the corner.

With the arrivals of Cyno, Candace, and Nilou later this month, there’s a lot to look forward to in version 3.1, but even more new heroes will arrive soon after.

Who is Genshin Impact’s Nahida?

In the third Sumeru teaser trailer, we got our first official look at Genshin Impact’s Nahdia. Hoyoverse didn’t reveal much about her, only referring to her as a “mysterious girl,” but her distinctive design may give us a few hints as to who she is.

Of course, we already know that Nahida is linked to Genshin Impact’s Sumeru, and her outfit confirms this. Her clothes are shaped like flower petals and are primarily green, white, and silver in colour. Her cape resembles a pair of wings, giving her the appearance of a tree fairy. She’s also adorned with small motifs that resemble four-leaf clovers, which can also be seen in her pupils.

And here’s where things get interesting: many of us have speculated that Nahida is Genshin Impact’s Lesser Lord Kusanali, Sumeru’s archon. We already know (via various dialogue lines) that Kusanali is young and petite, which fits Nahida’s model. Her fairy-like appearance also corresponds to the meaning of Kusanali, which is derived from the Pali words kusa (kusa-grass, a sacred plant) and naku (a hollow stalk or tube). Her name literally translates to ‘little lucky-grass monarch’ in Chinese, and it seems to fit Nahida’s design perfectly – especially with the clover-like symbols. 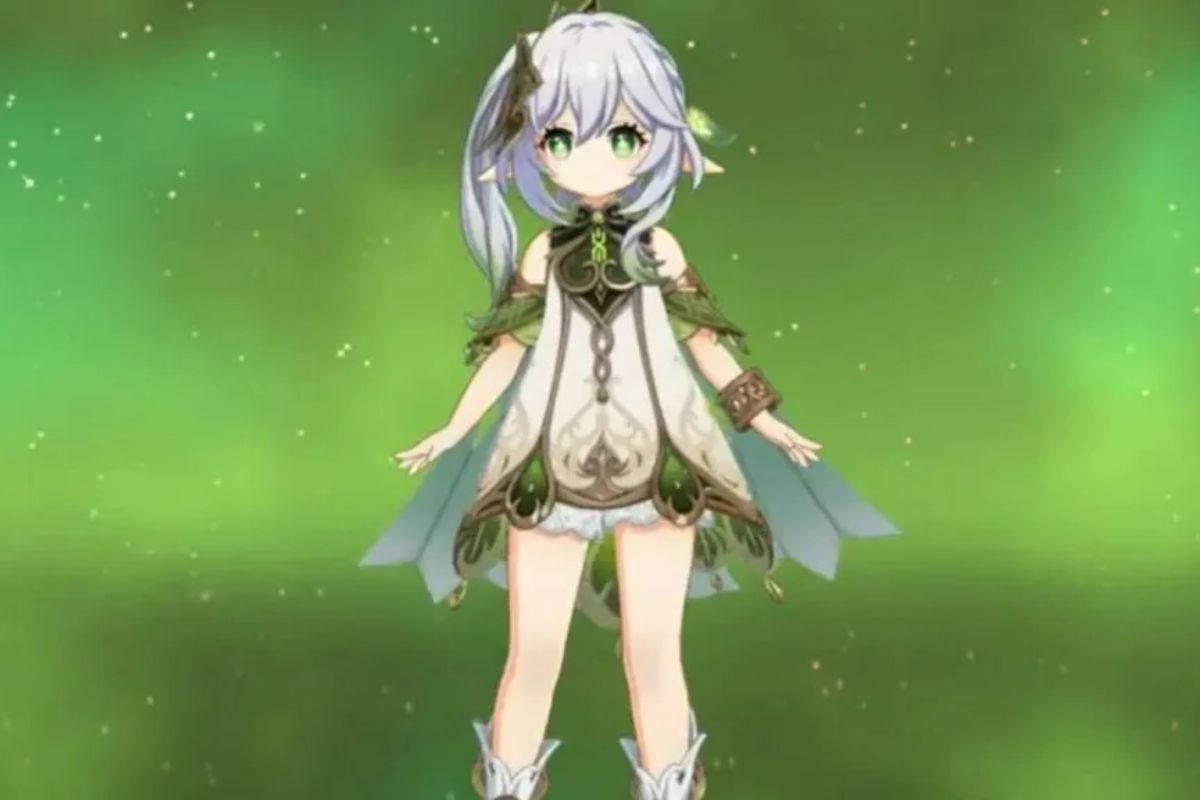 The leaked release date for Nahida and Layla in Genshin Impact is November 2, 2022.

Blank has shared that they will be part of update 3.2, and Hoyoverse confirmed during the 3.0 special program preview that version 3.2 is scheduled for November 2nd with 3.3 following on December 7th.

Pending on whether they’re scheduled for phase 1 or 2, the new characters will either both arrive at the very start or debut later in the month.

In addition to the new debutantes, it’s also suggested that version 3.2 will boast reruns for Yae and Childe.

Other than very early information about Nahida’s abilities in Genshin Impact, not much else has leaked.

Again, according to BLANK, her E is ‘ElementalArt RayCast,’ and it has a short CD. Her Q also comes in two variations: ‘Hollow’ and ‘Hollow Flower.’

So far, this is all that has been revealed. Layla has nothing yet, but Honey Hunter World will most likely reveal both of their skills and abilities closer to the release of 3.2.