Nilou is one of the six new characters that was introduced in the latest Genshin Impact Trailer.

We meet her during the Archon Quest and the very emotional Sabzeruz Festival. Nilou is debuting as a playable character in the upcoming update. Nilou is a young girl with red hair and horns like the ones of Azhdaha, and her vision is Hydro.

Now that Hoyoverse has confirmed Nilou’s debut, here’s everything we know about her between beta leaks and official reveals.

Nilou is one of two new 5-star characters introduced in Genshin Impact 3.1. The update will be available on the same day as the Second Anniversary, September 28, 2022.

We’re not sure if Nilou will appear in the first or second half of Version 3.1. More information, however, will be revealed during The Genshin Impact 3.1 Special Program, which is set to launch on September 17, 2022. 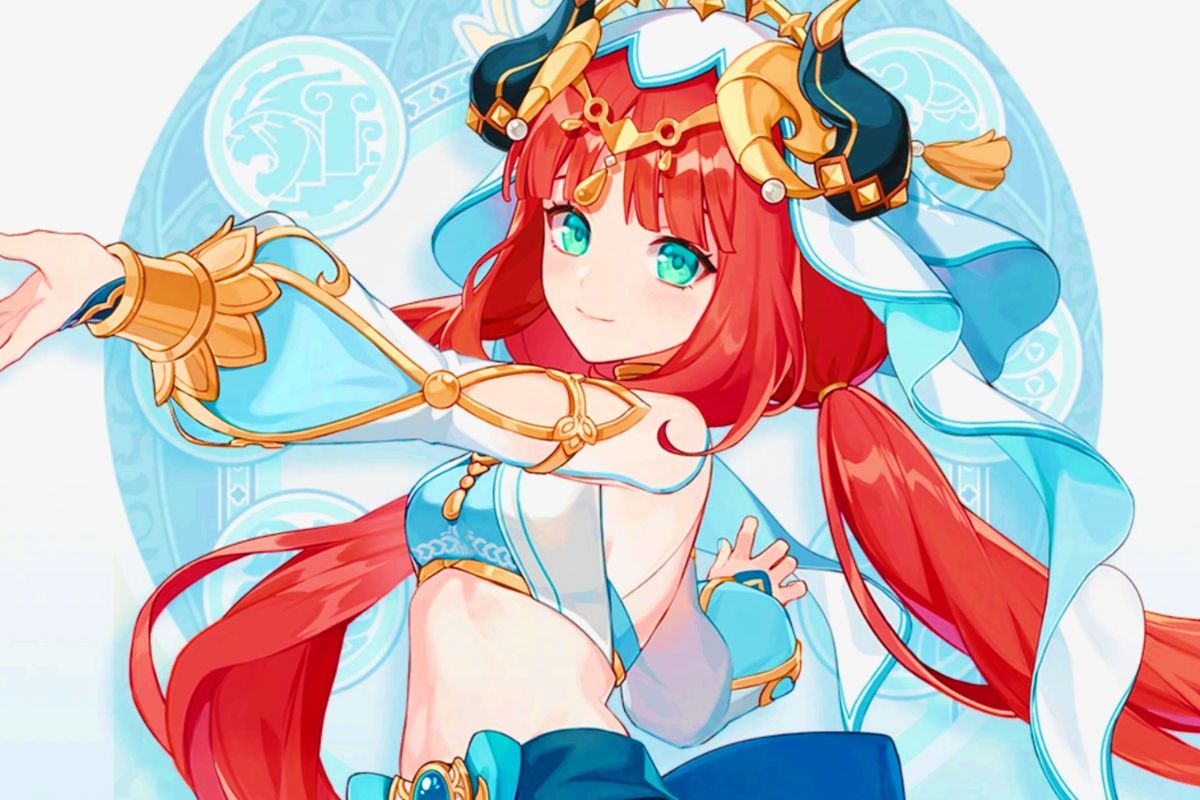 What Are Nilou’s Elemental Skill and Burst?

Nilou, like Xingqiu, will wield a Hydro sword. Many leakers have shared animation and skill demonstrations for the Grand Bazaar’s star dancer with her trusty blade.

Ubatcha, a reputable Genshin leaker, recently tweeted about her Bloom affinity. “Nilou adores blooming. She’s so far into bloom that she has her own take on what it is. Bloom is love and life for Nilou,” the tweet said. “Any other reactions?” No. “Only Bloom.”

If you have time, don’t miss the performance at the Zubayr Theater.#GenshinImpact #Nilou pic.twitter.com/jWFovtKigY

Nilou’s Elemental Skill, Burst, and passives have numerous moving parts, including a Pirouette state that converts normal attacks to Hydro DMG (Sword Dance) and hurls AoE Hydro DMG at enemies (Whirling Steps) depending on which “step” Nilou is in at the time.

Project Amber, a Genshin Impact fansite that compiles information from leakers and official sources, has the most recent data on Nilou’s abilities (once the characters are released).

What Are Nilou’s Passive Abilities?

Nilou’s passives necessitate her inclusion in a Bloom comp. After all, the Court of Dancing Petals is useless unless you have a large enough party of Dendro and Hydro characters. Dreamy Dance of Aeons is also ineffective without Court of Dancing Petals because it requires the latter’s Bountiful Cores and Golden Chalice’s Bounty.

The descriptions of Nilou’s passives are compiled by Project Amber.

When all characters in the party are either Dendro or Hydro, and there is at least one of each, the flowery steps of Nilou’s Dance of the Seven Realms (Elemental Skill) will grant the Golden Chalice’s Bounty to all nearby characters for 30 seconds.

When characters under the effect of Golden Chalice’s Bounty are hit by Dendro attacks, their Elemental Mastery is increased by 60 for 10 seconds. In addition, activating the Bloom reaction generates Bountiful Cores rather than Dendro Cores. These Cores burst quickly after being created and have larger AoEs.

Bountiful Cores cannot be used to activate Hyperbloom or Burgeon, and they share a numerical limit with Dendro Cores. Dendro Core DMG has considered DMG dealt by Bloom’s Dendro Cores.