You’ve just turned 23 and are getting ready to report to the set of your first major film role. Your character’s first scene? In the bathtub, getting ready to wed a grumpy, enormous stranger while undressed. Back in 2010, Emilia Clarke found herself in a similar predicament when she was cast as Daenerys Targaryen in the Game of Thrones series. Clarke could have been nervous about participating in sequences featuring full-frontal nudity as a novice (she had only a few small TV appearances and a theatre school degree at the time), but that wasn’t the case.

Clarke said in an Armchair Expert podcast interview that former Game of Thrones co-star Jason Momoa helped her get through the first season. When it comes to recording sexually explicit scenes, several actors have spoken up about their bad and at times devastating experiences. HBO now employs intimacy coordinators on set, ensuring that everyone has a safe time.

As Clarke put it, “He took care of me where I didn’t know I needed to be cared for.” “Jason was a seasoned actor who had worked on a variety of projects before joining the Game of Thrones cast. The way it’s supposed to be and the way it’s not supposed to be, he said. If that is the case, I will make sure it is not Because of this, he was continuously asking, ‘Can we get her anything to wear?’ “She’s cold!”

Momoa sobbed more than she did during those sequences, according to the actress.

Clarke now respects Momoa’s active role even more as she grows older and wiser. “It’s only now that I fully appreciate how blessed I was. That could have gone in a variety of directions. Clarke described him as “very sweet and considerate, and he truly cared about me as a person.”

Since the episode premiered in 2011, popular discourse about sexual assault has altered thanks in part to the #MeToo movement. Thus, the show has not aged well, as well as some of the actors’ comments from the show

During a Comic-Con appearance in 2011, Momoa made a controversial remark about the show’s arrival on HBO, which made headlines in 2017. “There are so many things you can do…like rape beautiful women,” says Momoa of the sci-fi genre. It wasn’t until later in the year that Momoa, speaking to the New York Post in an offhand manner, mentioned raping Clarke’s character again.

Momoa issued a public apology on Instagram following the backlash to his previously revealed remarks. “I’m still ashamed of my insensitive comments from that day, and I’ll never forget them. I know that my heartfelt apologies now will not erase the painful comments that were spoken to me at the time. My relatives and friends have been the victims of rape and sexual harassment, and I’ve witnessed the misery firsthand in my own family and friends. I uttered a snide remark that was genuinely tasteless. An apology is warranted, and I take full responsibility for my actions.”

Their characters’ love story, on the other hand, has received some attention. There is plenty of Dothraki-themed couples’ jewelry on Etsy, but the doomed love story between Momoa’s Khal Drogo and Clarke’s Daenerys Targaryen stands out because of its compassion. Drogo and Daenerys’ exaltation, however, is obscuring the troubled beginnings of their relationship. For the benefit of her brother, Viserys, Daenerys was practically sold to the Dothraki leader (he got his). Drogo rapes the future mother of dragons on their wedding night. Anguish ensues when the show’s contentious habit of featuring rape in plot points is established.

It’s a lot easier to love Clarke and Momoas as a couple off-screen than it is to root for them as characters. It’s clear from Clarke’s podcast comments that their relationship is lovely. 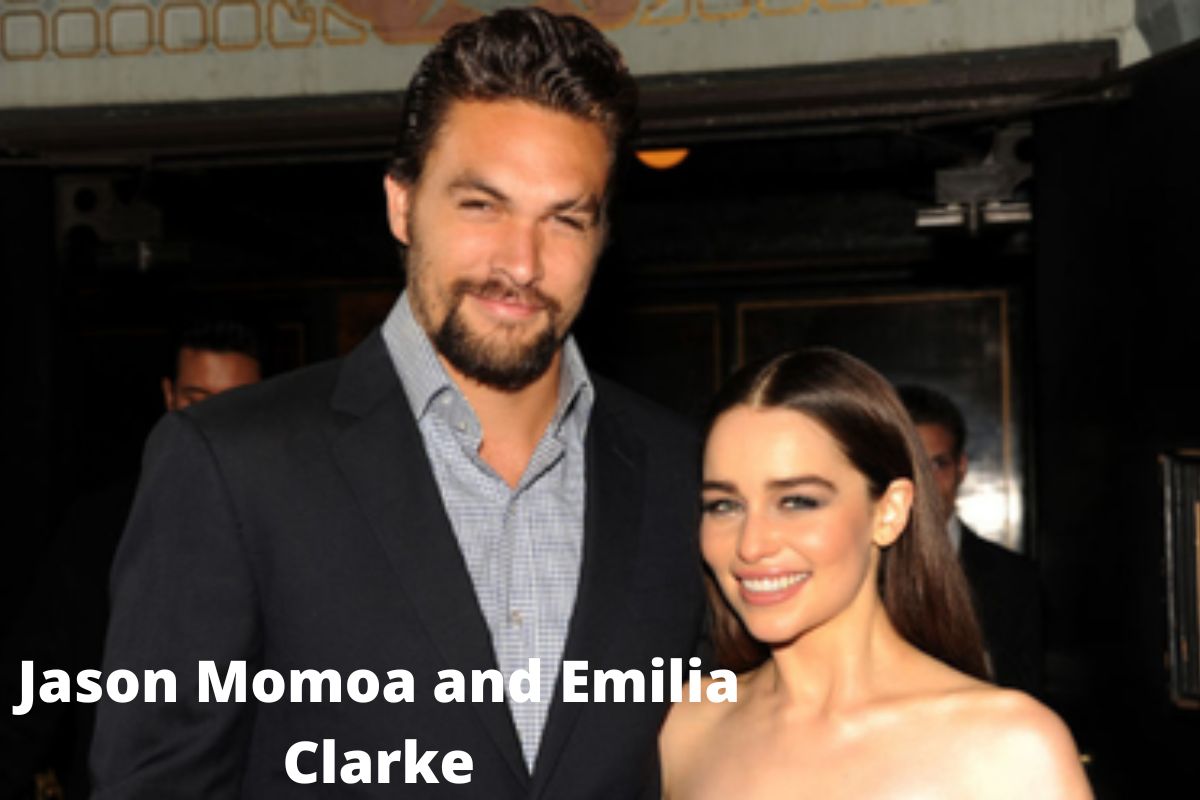 “There are few people like him, whose personalities and spirits are the size of their bodies. He’s like a colossus, taking up all the space. It’s stunning, man “Clarke commented.

If you’d want to see more of Clarke and Momoa’s chemistry, follow them on Instagram. On occasion, they’ll organize a brief reunion of the characters from Game of Thrones.

Stay here and follow our site dailyrealtime.com  for more information and get all the latest information.