COLUMBIA, South Carolina — South Carolina senators rejected a ban on almost all abortions in a special session called in the aftermath of the U.S. Supreme Court decision overturning Roe v. Wade on Thursday after five Republicans, including all of the chamber’s women, refused to support it.

The 30 Republicans in the 46-member chamber had a majority to pass the ban, but did not have the extra votes to end a threatened filibuster by Republican Sen. Tom Davis.

Davis, the chief of staff for former Gov. Mark Sanford before being elected to the Senate in 2009, was joined by the three Republican women in the Senate, a fifth GOP colleague and all Democratic senators to oppose the proposed ban.

Davis said he promised his daughters he would not vote to make South Carolina’s current six-week abortion ban stricter because women have rights, too.

“The moment we become pregnant we lost all control over what goes on with our bodies,” Davis said, recalling what his daughters told him. “I’m here to tell you I’m not going to let it happen.

After a recess to work through their options, Senate Majority Leader Shane Massey conceded the abortion ban likely couldn’t pass.

“We were never going to pass a total abortion ban,” Massey said. “We never had the votes to pass even what the House passed.”

Senators did amend the six-week ban, reducing the time victims of rape and incest who become pregnant can seek an abortion from 20 weeks to about 12 weeks and requiring police to collect DNA from the aborted foetus. The bill now returns to the House, where a ban with exceptions for rape or incest was passed. 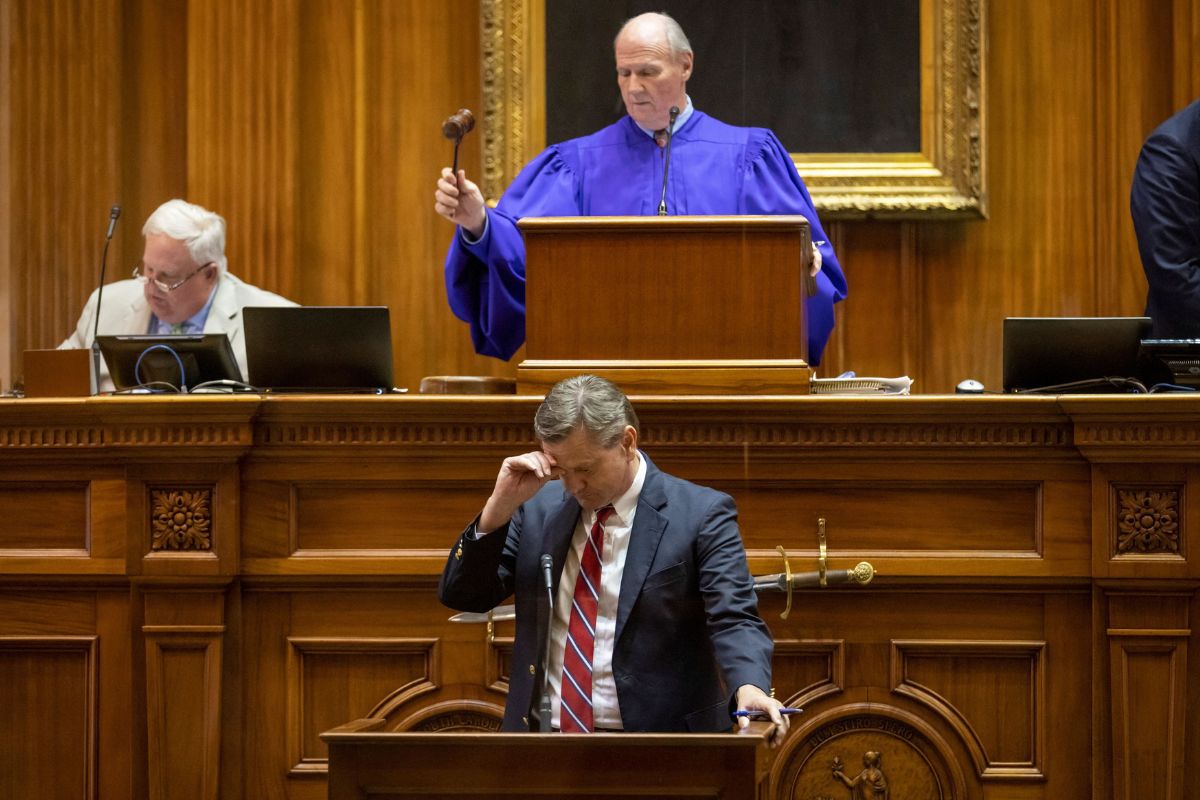 South Carolina’s six-week ban is currently suspended as the state Supreme Court reviews whether it violates privacy rights. In the meantime, the state’s 2016 ban on abortions 20 weeks after conception is in effect. South Carolina’s General Assembly was meeting in a special session to try to join more than a dozen other states with abortion bans.

Most of them came through so-called trigger laws designed to outlaw most abortions when the U.S. Supreme Court threw out the constitutional right to end a pregnancy in June. Indiana’s Legislature passed a new ban last month that has not taken effect.

The debate began on Wednesday, when three Republican women in the South Carolina Senate spoke back to back, saying they couldn’t support the bill unless the rape or incest exceptions were reinstated.

Sen. Katrina Shealy said the Senate’s 41 men would be better off listening to their wives, daughters, mothers, and granddaughters, and looking at the faces of the girls in their churches’ Sunday School classes.

“If you want to believe that God wants you to pass a bill with no exceptions that kills mothers and ruins children’s lives  that allow mothers to bring babies home to bury them then I think you’re miscommunicating with God.” “Or perhaps you’re not communicating with Him at all,” Shealy said before senators added a proposal to allow abortions if a foetus cannot survive outside the womb.

Massey helped broker the compromise among Republicans that briefly returned the exceptions to the bill. He pointed out state health officials recorded about 3,000 abortions in 2021 within the first six weeks of pregnancy.

“Heartbeat is great, but this I think is better,” Massey said. ”I don’t think abortion should be used as birth control.”

Senate Minority Leader Brad Hutto said Republican women stood up for all women in South Carolina, while Republican men let them down. He said Democrats didn’t want any changes to current laws. “There may be a sentiment that this is the same as what we already had. It’s not. It’s worse in many regards,” Hutto said.

Republican Gov. Henry McMaster, who has said before he would be happy if there were no abortions in the state, thought the Senate version struck an appropriate balance, governor’s spokesman Brian Symmes said.

“It is the governor’s hope that the House and Senate will soon come to an agreement and send a bill to his desk for signature,” Symmes said. Republican Sen. Sandy Senn, who didn’t vote for the six-week ban in 2021, said a total ban would be an invasion of the privacy of every woman in the state.