In the middle of the 2010s, documentaries on mainstream music were consistently nominated for best feature at the Academy Awards. Three films—”Searching for Sugar Man,” “Twenty Feet From Stardom,” and “Amy”—shared the award. It was a surprising uptick, given that nonclassical music documentaries have been nominated for the Academy Award only seldom in previous decades.

All of the winning movies depicted real-life stories or historical events. However, this year’s nominee, “Summer of Soul,” is based almost entirely on concert footage from the Harlem Cultural Festival of 1969, which featured performances by Sly and the Family Stone, Nina Simone, Mahalia Jackson, and Stevie Wonder, among others.

According to Thom Powers, documentary programmer for the Toronto International Film Festival and host of the Pure Nonfiction podcast, “this film marks a shift from the way the Oscars have looked at music documentaries.” They’ve been drawn to movies with musical themes, but the films’ central ideas revolve around something other than performances.

A large shadow was thrown over the “Summer of Soul” by the 1971 concert documentary winner, “Woodstock.” While the video documenting “Three Days of Peace and Music” on Max Yasgur’s farm became a touchstone for a generation, the film documenting the same event in Harlem was largely forgotten.

The film’s director, Ahmir “Questlove” Thompson, well known as the drummer for the Roots, has rejected this definition of the project, as it delves into various political themes. As a concert film, “Summer of Soul” reclaims a genre whose popularity has risen and fallen in tandem with the rock era thanks to its emphasis on the performance itself.

Back in the ’60s, concert documentaries were a serious artistic endeavor. The National Film Registry has “Jazz on a Summer’s Day,” which features footage from the 1958 Newport Jazz Festival featuring artists like Louis Armstrong and Chuck Berry, while the 1968 Oscar nominee “Festival,” directed by Murray Lerner and filmed at the Newport Folk Festivals of 1963 and 1966, features footage from the latter event. Numerous music movies from the era featured the work of documentary forerunners like the Maysles brothers and D.A. Pennebaker.

Professor of music at Georgetown University and author of American Music Documentary Benjamin J. Harbert claims that the filmmakers involved were motivated less by the music itself and more by the ideals of documentary filmmaking. They were all much older than the people they were targeting. They were like anthropologists seeking to immerse us in the culture of the transforming 1960s United States.

According to Mia Mask, a cinema professor at Vassar College, “Summer of Soul” is akin to “Gimme Shelter,” the Maysles’ account of the Rolling Stones’ chaotic, disastrous performance at the 1969 Altamont festival, and “Don’t Look Back,” Pennebaker’s documentary of Bob Dylan’s 1965 tour. “Like ‘Gimme Shelter,’ there isn’t a strong linear story, but the musical culture undergirds a whole variety of other things,” she explained. And “Don’t Look Back” is more episodic, capturing specific points of time while on that concert tour. She said, “‘Summer of Soul’ harks back to those key documentaries” because of those similarities.

Thompson said in a phone conversation that he originally envisioned doing a more conventional concert documentary. I’ve got 40 hours of footage and this has to be 90 minutes,” he remarked. After 25 years of performing life, the math is simple: 14 songs fit into 90 minutes. I’m now envisioning a great mix tape as a solution, as there are far more artists than tracks.

To continue, he said, “I’m not saying I would have gone cut-and-paste traditional documentary, but I would have probably told the story of a Harlem festival, then expanded it to Spanish Harlem and other cultures, and then opened it to the worldwide setting, the African artists that were there, and that would have more or less been the story.”

However, in March 2020, when the epidemic struck, Thompson and his crew had to readjust. Several planned interviews with festival performers had to be abandoned, necessitating a course correction. When the epidemic broke our Jenga, he added, “it was no longer just the concert footage.” “We had to think outside the box right away.”

Documentaries about Black artists followed suit, including “Wattstax” “Soul to Soul” and “Soul Power” (from the music festival attached to the 1974 Muhammad Ali-George Foreman fight featured in the Oscar-winning “When We Were Kings”) and “Amazing Grace,” an Aretha Franklin gospel performance that wasn’t released until years later.

Two opposites represent the zenith of this era: on the one hand, there is Led Zeppelin’s “The Song Remains the Same” (1976), which features absurd fantasy sequences and excerpts pulled from different shows, such that the band’s clothes occasionally change within a single song. On the other hand, “The Last Waltz” (1978) by Martin Scorsese documented The Band’s farewell concert with its original lineup and a slew of special guests that exemplified the band’s various inspirations and eras. Dr. Harbert pointed out that some have labeled “The Last Waltz” “the death of the concert picture,” because of its “pans of rock idols and inside jokes and every shot so painstakingly arranged.” 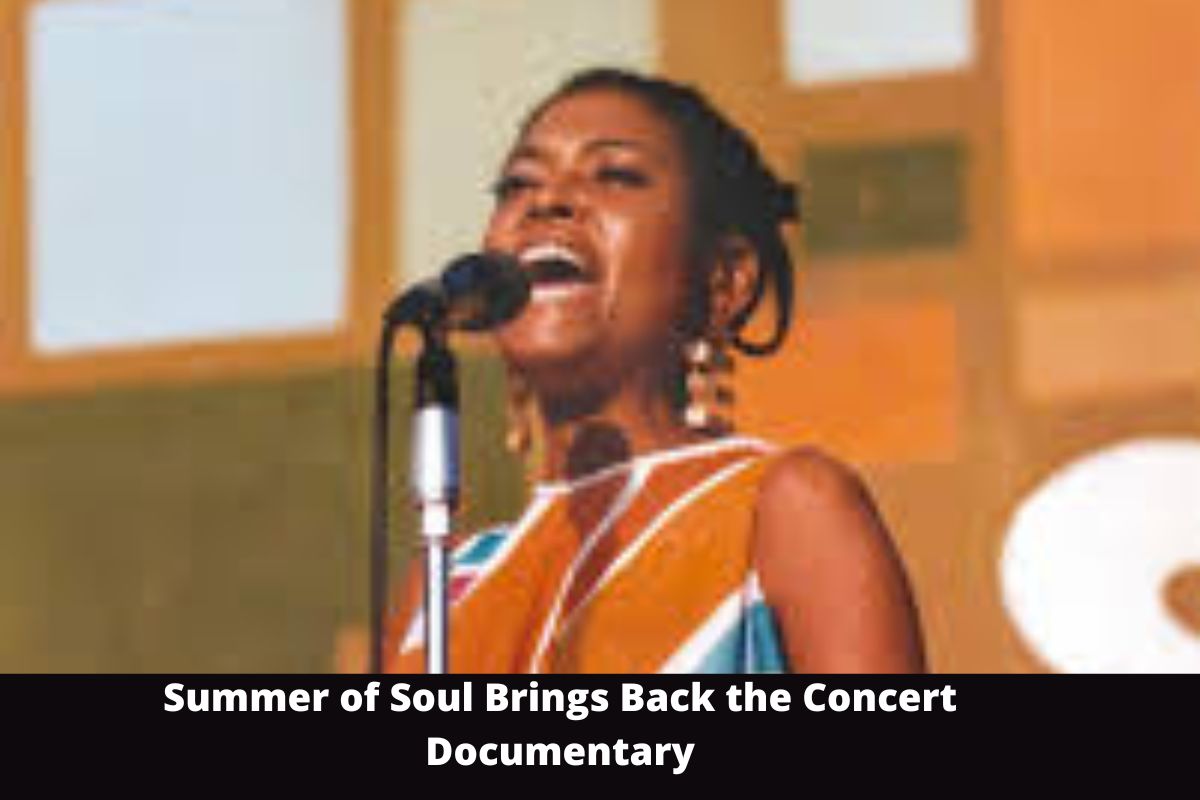 A few years later, MTV caused a sea change in how the public experienced music in the cinema. Because of shows like “MTV Unplugged,” it’s now commonplace to view live music performances; the concert film is no longer a genre for the hipster elite only. To get noticed, you needed something truly remarkable, like the Talking Heads’ “Stop Making Sense” (from 1984) with its perfectly calibrated blend of avant-garde staging and Jonathan Demme’s radical simplicity as a director, or Prince’s “Sign o’ the Times” (1987), which features virtuosic playing on an unrivaled scale.

Dr. Mask remarked that documentaries have “shifted away from cinéma vérité approach toward more narrative with greater commercial appeal” throughout the years. Concert films went through a radical transformation in the 1980s and early 1990s, as evidenced by movies like Madonna’s “Truth or Dare” and others like it. Beyoncé is now delivering her take on the genre with albums like Lemonade and Homecoming.

Concert films have been used by musicians for a variety of purposes, including documenting significant events (like LCD Soundsystem’s “farewell” concert in 2012’s “Shut Up and Play the Hits”) and experimenting with new methods (like the Beastie Boys’ “Awesome,” from 2006, which is composed entirely of footage shot by members of the crowd). Videos of modern pop musicians performing live, such as Shawn Mendes and Ariana Grande, have become promotional mainstays due to streaming services’ insatiable appetite for the material.

The unique aspect of “Summer of Soul,” beyond its inclusion of local and worldwide events in 1969, is Thompson’s editing style, which is informed by his career as a musician and, in particular, a D.J. My producer and editor would often ask me, “If this were a D.J. gig, what would you do next?” when I was at a loss for what to do next. To further elaborate, Thompson, said, “If this movie were my favorite Public Enemy album or a D.J. set I was doing, how would I clip and scratch and get to the next thing?”

Powers agreed that the film’s structure—”He’s doing this wonderful job of blending commentary and music”—is what sets it apart from the standard concert documentary. You have the concert itself, plus the expertly woven-in historical context about the music being performed.

The story of the culture and atmosphere surrounding the Harlem Cultural Festival is essential, and “Summer of Soul” arrives at a time when important concerns about race and politics are being asked. However, the outstanding performances that form the backbone of the project should be honored in their own right, as is the case with every great concert film.

Dr. Mask remarked, “We’re accustomed to turning on the news and hearing about Black hardship. It benefits from a heightened political consciousness, but it also lets you see these amazing persons on show, being acknowledged by a Black audience. Listeners can share in the joy of the Black community during the “Summer of Soul.”