In Rings of Power’s first two episodes, “A Shadow of the Past” and “Adrift,” we’re drawn into a variation of Tolkien’s ancient history and its denizens of Ñoldorian Elves, Silvan Elves, (Wo)Men of the Southlands, Harfoots, and Dwarves. But no sight of Numenor, the legendary human island kingdom set to play a major role in the prequel series.

Galadriel (Morfydd Clark), our golden-haired heroine, has vowed to slay Sauron, who appears to have vanished from the realm, armed with her deceased brother’s sword. Returning to the Elven city of Lindon, she discovers only traces of the dark lord and is “rewarded” for her bravery by King Gil-Galad (Benjamin Walker), who sends her sailing for the Undying Lands. After a sea serpent attack, she decides to jump from the boat and is eventually rescued by the castaway Halbrand (Charlie Vickers).

A detachment of Silvan Elves led by Arondir (Ismael Cruz Córdova) searches the Southlands for any malevolent signs left over from Morgoth’s War of Wrath. We meet the Harfoots, a tribe of halflings who witness a blazing meteor fall from the sky and rescue a naked bearded man (Daniel Weyman) from the smoking crash site.

Meanwhile, in Eregion, home of the Elven Smiths, Celebrimor (Charles Edwards) informs Elrond (Robert Aramayo) of his desire to build a mighty forge, which will necessitate a massive workforce, which the Dwarves may provide. So it’s off to Khazad-dûm, the Dwarven mining kingdom, where Elrond must persuade Prince Durin (Owain Arthur) to help them. This is the storied mountain headquarters as it was before falling into ruin in the Third Age.

And as Theo (Tyroe Muhafidin) and Bronwyn (Nazanin Boniadi) prepare to leave the Southlands, the strange broken hilt bearing Sauron’s sigil begins to flicker and grow in his hand. 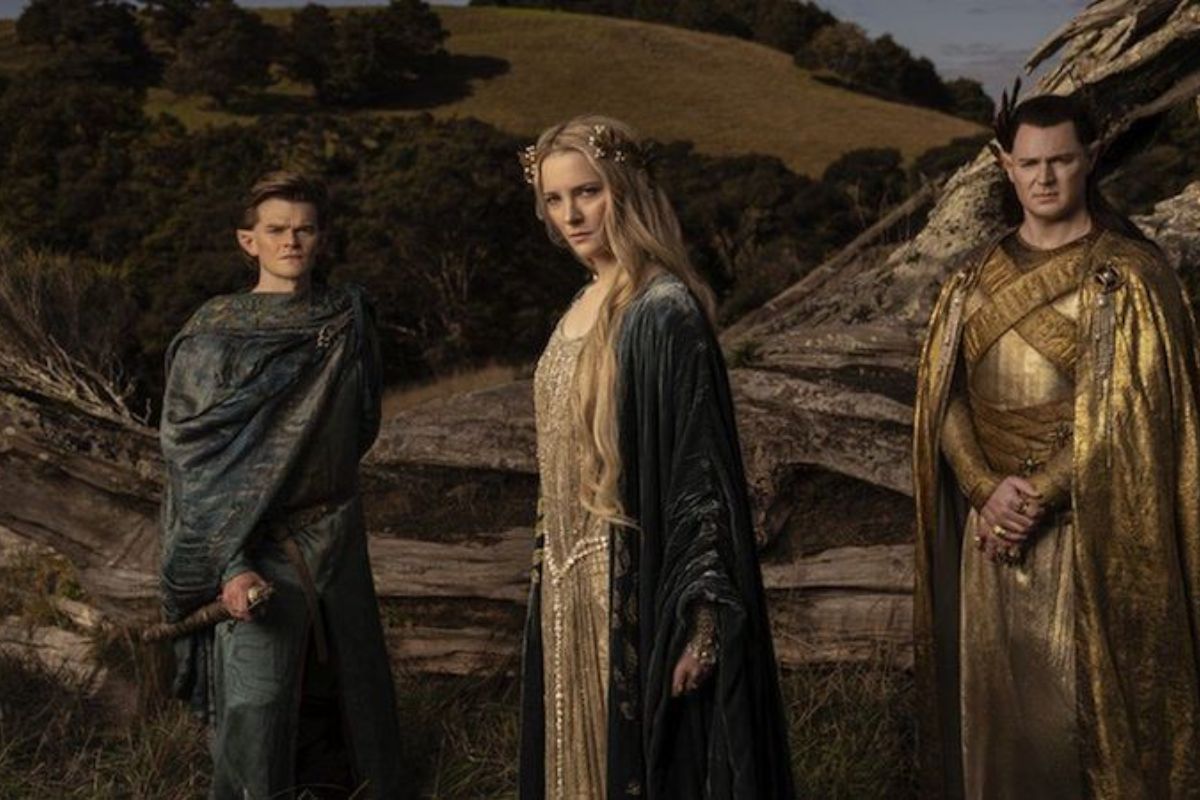 When is the Rings of Power Episode 3 Release Date?

What is the Plot of the Rings of Power Episode 3?

Galadriel and Halbrand are still stranded on a raft, and their bond is only going to grow as she pursues Sauron. With Halbrand revealing that the enemy is in the Southlands, and its strange tunnels are being excavated for some evil purpose, it appears that’s where they’ll end up.

Arondir was kidnapped by an orc deep within a subterranean cavern, and we’ll soon find out where he’s been taken within that unholy warren. The mystical, firefly-whispering Stranger’s identity may be revealed further as he interacts with the Harfoots, with speculation circulating that he is an original character not included in Tolkien’s stable of canonical characters or Sauron in disguise.

Will Elrond make amends with Prince Durin in order to assist Celebrimor in carrying out his grand forge plans? And what exactly is in that hidden safe? Perhaps Mithril? And who commands the ship that discovers the dehydrated survivors of the Sundering Seas, Galadriel, and Halbrand?

Who is in the Cast of the Rings of Power?

Is There a Trailer for the Rings of Power Episode 3?

There is no specific teaser for Episode 3, but on August 23, Prime Video released the final series trailer for The Rings of Power, which is fortified with striking imagery of Middle-earth, an armoured Galadriel taking up the sword against looming evil, raging storms, sea monsters, bloody battles, blazing torches, and magnificent cascading waterfalls. It also includes a glimpse of Numenor, who we hope will play a role in Episode 3.