The Rookie season 4 finale left the future open, not only for its main character, but also for Chenford, the show’s main ship. With a new season on the horizon, it’s time to discuss the plot, cast, and everything else we know about The Rookie season 5.

In The Rookie, John Nolan (Nathan Fillion) is a divorced 45-year-old with a construction company and one adult son. But his life changes dramatically after he assists in foiling a bank robbery. John relocates from Pennsylvania to Los Angeles to join the Los Angeles Police Department as a rookie.

John Nolan, the LAPD’s oldest rookie, has used his life experience, determination, and sense of humor to keep up with rookies 20 years his junior after moving and becoming a full-fledged police officer. As he nears the end of his training, Nolan faces his most difficult challenge as a police officer yet: coming to terms with the decisions he has made in pursuit of the truth.

A little before the season finale of The Rookie, ABC renewed the police drama. It was an early renewal that confirmed the success of this drama with a premise based on a true story, although different and unusual.

Since its debut, The Rookie usually premieres in the fall and ends the season in May, with around twenty episodes per season. This time around will be no exception, as the show’s official Instagram announced in June that The Rookie season 5 will officially air on Sunday nights, starting on September 25, 2022, at 10 p.m. ET on ABC. 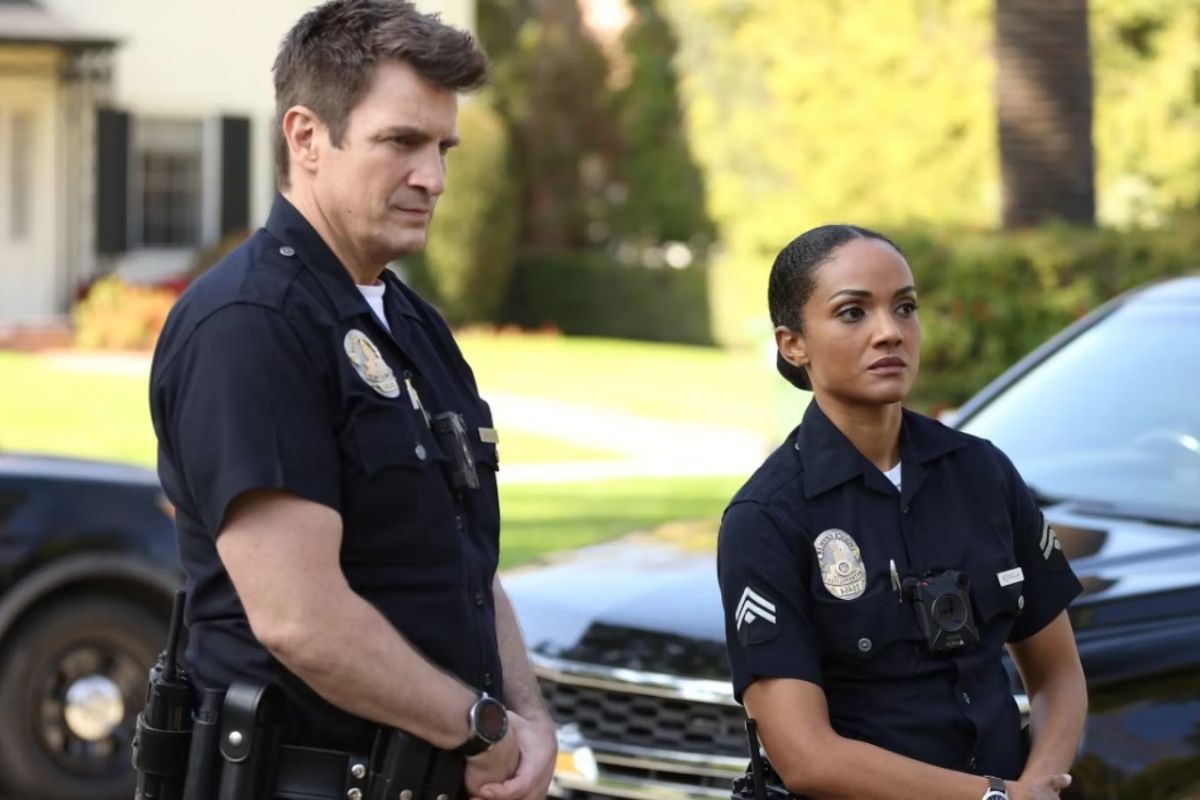 The Rookie Season 5: The Cast

After the season finale of The Rookie, which marked a watershed moment in the lives of some of the show’s most beloved characters, fans wondered if any of the main cast would not return for season 5. Fortunately, The Rookie fans can relax because the series’ main cast has been confirmed for season 5.

In this way, Nathan Fillion will reprise his role as John Nolan, the show’s leading cop, whose importance in the series has dwindled over the seasons to benefit other characters. Season 5 also stars Alyssa Diaz as Angela Lopez, Richard T. Jones as Wade Grey, Mekia Cox as Nyla Harper, and, to the delight of Chenford fans, Melissa O’Neil and Eric Winter as Lucy Chen and Tim Bradford, respectively.

Similarly, Jenna Dewan returns as Bailey Nune, Shawn Ashmore as Wesley Evers, and Tru Valentino as Aaron Thorsen in The Rookie season 5. This season will also see the introduction of a new character to the precinct. The drama confirmed in August that Chicago P.D. star Lisseth Chavez will appear in multiple episodes.

The Rookie Season 5: The Plot

Tim Bradford (Eric Winter) and Lucy Chen (Melissa O’Neil), aka Chenford, took their friendship to the next level in the season finale of The Rookie season 4. After years of anticipation, the couple appears to have a future together. They will, however, have to deal with their own stubbornness in refusing to admit their feelings for each other, as well as an undercover job that may be jeopardised due to the swirl of emotions they are experiencing. But Chenford wasn’t the only one who left their future uncertain.

Nyla Harper (Mekia Cox) had a child with James (Arjay Smith), and when she returns from maternity leave, she faces a new challenge as a detective. This means Aaron Thorsen (Tru Valentino) will have a new instructor in Season 5 of The Rookie. According to Alexi Hawley, executive producer of The Rookie, in an interview with Entertainment Weekly, Nyla will have a fun pregnancy storyline. He also confirmed an arc in which Wesley Evers takes a legal stab at policing.

The Rookie Season 5: Where to watch?

The Rookie Season 5 can also be watched live on platforms like YouTube TV, Hulu + Live TV, and fuboTV. The Rookie will be available to stream on Hulu the following day. Hulu also has the previous four seasons of The Rookie available to watch.

Season 5 of The Rookie will be simulcast on SKY TV in the United Kingdom. Sky GO and Now TV have the previous four seasons. The first three seasons are available on Amazon Prime Video in India.