Trevor Donovan completed his first spin around the ballroom on season 31 of “Dancing With the Stars.”  He performed a quickstep to “Dancing With Myself.”

Emma Slater, his professional dance partner, revealed their routine ahead of the premiere. “I’m just TOO PROUD of my partner,” she captioned photos of their rehearsal. The 43-year-old donned a black-and-white suit for the routine, forgoing a shirt.

When asked to give five words to describe how he felt about his performance, Donovan told host Alfonso Ribeiro, “Exhilarated, proud, scared, shaky, and a little nauseous.” 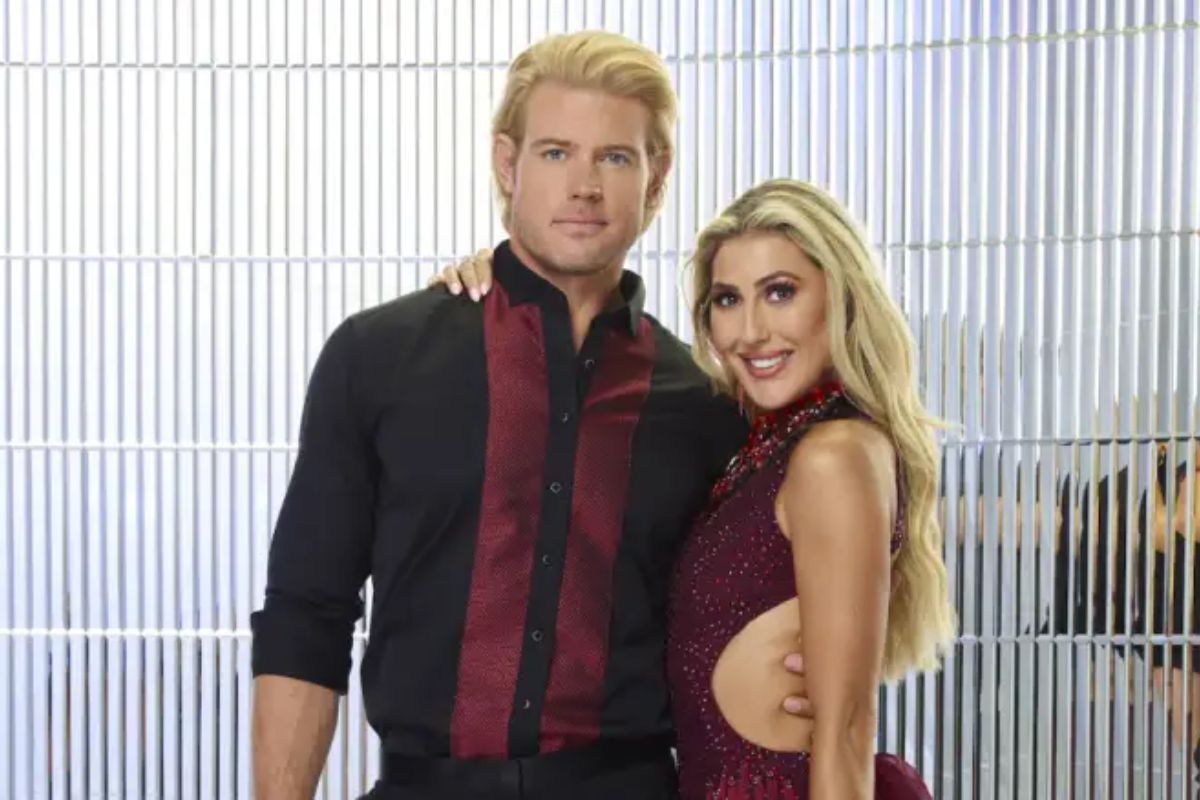 Donovan Is Facing His Fear of Dancing

“I’m here to face my biggest fear dancing,” Donovan admitted during a confessional. As he told his partner, “Dancing is my biggest fear, I have an irrational phobia and the strangest part is I’m learning to fly, I ride motorcycles, I’ve jumped out of planes.”

When the cast was revealed, Donovan took to Instagram to celebrate the news and express his excitement. “Fear is 100% dependent on you for its survival,” he captioned a selfie with Slater. Here’s to facing your fears… [cheers emoji] and the wonderful partner who is assisting me.

Some viewers were there to squelch his dancing fears. “Trevor Donovan is surprisingly good,” read one tweet. “No reason to be scared. Emma Slater looked phenomenal. Also points for dancing to that Generation X/Billy Idol tune.

Another fan called out the judges for their harsh scores, tweeting, “Trevor Donovan deserved sixes across the board. Those scores were highway robbery.” And quite a few “Dancing With the Stars” fans were quick to point out just how hunky the leading man is.

“Trevor Donovan is a hot guy.” [fire emoji] didn’t appear to be dancing to me, but d***, they make an attractive couple. “#DWTS,” wrote one Twitter user.

Someone else added, “Another Idk who Trevor Donovan is but why does he look like an off-brand Brad Pitt #dwts”

For the first time, “Dancing With the Stars” is airing only on Disney+ rather than its previous home of ABC. New episodes will air on Mondays at 8 p.m. Eastern and 5 p.m. Pacific times.