A Ukrainian counteroffensive appears to be progressing in the north, but less so in the southern Kherson region that has attracted greater attention and Russian reinforcements.

Ukrainian officials and Russian military bloggers alike described a counteroffensive in the north that has surprised in its speed, the first time Ukrainian forces have been able to push past Russian defences on a more than tactical level since the war began.

The limited breakthrough comes as Russia’s President Vladimir Putin ratchets up pressure on European energy markets. That has officials in Kyiv racing to show allies the war can be won.

According to Oleksiy Hromov, a spokesman for the Ukrainian armed forces, in the few days, since the offensive began with an assault on the town of Balakliya, about 90 kilometers (56 miles) southeast of Kharkiv, Ukraine’s second-largest city, units have advanced 50 kilometers into Russian-held territory, taking 20 settlements.

“The enemy is partially demoralized but continues to put up resistance,” Hromov said in a briefing on Thursday.

In his Thursday evening video address, Ukrainian President Volodymyr Zelenskiy said soldiers had liberated a total of 1000 km2 (386 square miles) of occupied territory since the beginning of September. Some Ukrainian units have moved so fast they’re beyond the range of artillery support, according to pro-Kremlin Russian military blogger Alexander Kots.

However, in Kherson, some Russian bloggers painted a much more difficult scenario for their Ukrainian adversaries, claiming heavy casualties and a stuttering advance – accounts backed up by wounded Ukrainian soldiers interviewed by the Washington Post.

It wasn’t possible to independently verify the claims by either Ukraine or the Russian bloggers, but they were unusually aligned.

A Ukrainian force led by 15 tanks stormed Balakliya on Tuesday, annihilating eight nearby villages in less than a day and adding another the next day, according to Romanov Light, a Telegram blogger with over 56,000 followers.

“An advance group of special forces flies into the center of a settlement in an armoured column at high speed, dismounts, suppresses everything around, and then holds the settlement,” Romanov Light wrote, referring to armoured personnel carriers.

In a post late Wednesday, he added the Russian air force had finally engaged, risking anti-aircraft fire to bomb Ukrainian units on the ground. By Thursday, however, the Ukrainian attack had claimed Shevchenkovo, the largest remaining town on the road east to Kupyansk, the main logistical hub for Russian forces in the region. 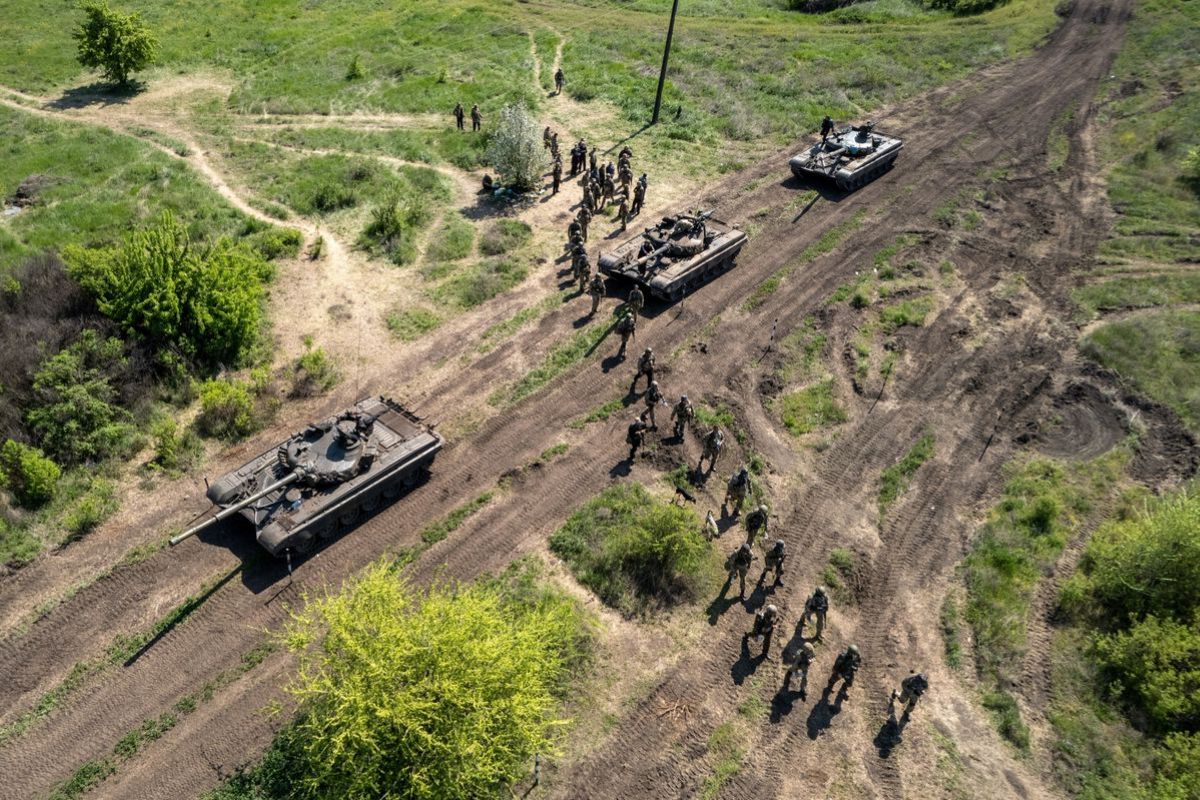 While the identities of some Russian bloggers cannot be confirmed in some cases, those cited are closely watched by Western and independent Russian military analysts for their willingness to deviate from the Kremlin script and their track record in chronicling the war.

The latest daily report from the Institute for the Study of War described the gulf between the Russian Defense Ministry’s silence on Ukrainian gains and criticism from military bloggers as the most severe since a disastrous attempted river crossing by Moscow’s forces in May. It also said Ukrainian troops were within 20 km of Kupyansk and would likely take it within days.

The dismay among Russian bloggers at the turn of events was matched by hope in Kyiv.

How events develop further around Balakliya and Kupyansk is unclear, not least because Ukraine likely lacks the deep reserves needed to exploit any breakthrough to take and hold territory on a larger scale.

US Defense Secretary Lloyd Austin said Ukraine has been using its military capabilities, including HARM missiles, well in its current operations. “They are changing the dynamics on the battlefield,” he told reporters in Prague. “We see success in Kherson, we see success in Kharkiv.”

In an article on Wednesday, Ukraine’s top commander Valery Zaluzhnyi cited bigger reserves of personnel and weapons as prerequisites for any counteroffensive capable of changing the course of the war, projecting that this would happen in 2023.

Zaluzhnyi also cited the Ukrainian position on the Izyum front in Kharkiv as particularly difficult to hold. Still, if the counterattack continues, it could endanger Kupyansk, a vital Russian transit and logistics hub for the Izyum front.

Disrupting the flow of troops and supplies toward Izyum could in turn reduce the threat to Slovyansk, a key town for Russian forces to seize if they are to meet Putin’s stated goal of taking all of the Donbas regions.

Already on Thursday, Kupyansk was under continual artillery fire and Kremlin forces had imposed a lockdown for fear of Ukrainian saboteurs, according to Wargonzo, a much-cited and fiercely partisan Russian Telegram blog that has more than 1 million subscribers.

The Kharkiv offensive has fueled a more generalised gloom among many Russian commentators willing to deviate from the Kremlin’s relentlessly optimistic script, disappointed by the Russian military’s poor performance and leadership.

“I do not expect any more major successes of the (Russian) armed forces over the next 2-3 months in the absence of a declaration of martial law and full military and economic mobilisation,” Igor Girkin, a Russian blogger and reputed intelligence officer who was the first commander of pro-Russia forces in Ukraine’s Donbas region in 2014, wrote on his Telegram channel this week.

Girkin, who goes by the alias Strelkov, is being tried in absentia for his alleged role in the downing of Malaysia Airlines Flight 17 in July 2014, with a decision expected in November. He has denied the charge. His Telegram channel has 469,000 followers and is frequently referenced by Western military analysts.

Girkin described the Ukrainian offensive further south in Kherson as dangerous for Russian forces that could find themselves trapped on the West bank of the Dnipro River, but far less successful for Ukraine.

“The large losses of the advancing in people and equipment are not justified by territorial successes, not a single Russian grouping has been defeated,” Girkin wrote.

The tide could also turn in the north. While the Ukrainian advances toward Kupyansk look to be a “major breakthrough,” the Conflict Intelligence Team, a Russian research group that tracks the war, said in its daily bulletin on Thursday, “there are Russian reinforcements that have yet to be deployed.”