United Nations Secretary-General Antonio Guterres has appealed for “massive” global support for Pakistan where unprecedented floods have killed nearly 1,400 people and made more than a million people homeless.

Guterres made the appeal as he landed in the Pakistani capital early on Friday morning and was received by Hina Rabbani Khar, the state minister for foreign affairs.

“I have arrived in Pakistan to express my deep solidarity with the Pakistani people after the devastating floods here. I appeal for massive support from the international community as Pakistan responds to this climate catastrophe,” Guterres tweeted shortly after his arrival.

The UN chief is scheduled to meet the top Pakistani leadership and visit the “areas most impacted by the climate catastrophe” during his visit, a statement by Pakistan’s foreign ministry said on Thursday.

Pakistan’s minister for information and broadcasting, Marriyam Aurangzeb, said the visit will help highlight the problems faced by flood victims at a global level and help in “sensitising the world” about the consequences of climate change.

She tweeted that Guterres will be briefed on the flood situation before holding a news conference with Prime Minister Shehbaz Sharif on Friday afternoon.

The UN has already launched an urgent appeal to raise $160m to help Pakistan.

“There is a lot of attention on the war in Ukraine. But people tend to forget there is another war – the war we are waging on nature, and nature is striking back, and climate change is supercharging the destruction of our planet,” Guterres told reporters at the UN headquarters in New York before leaving for Pakistan. 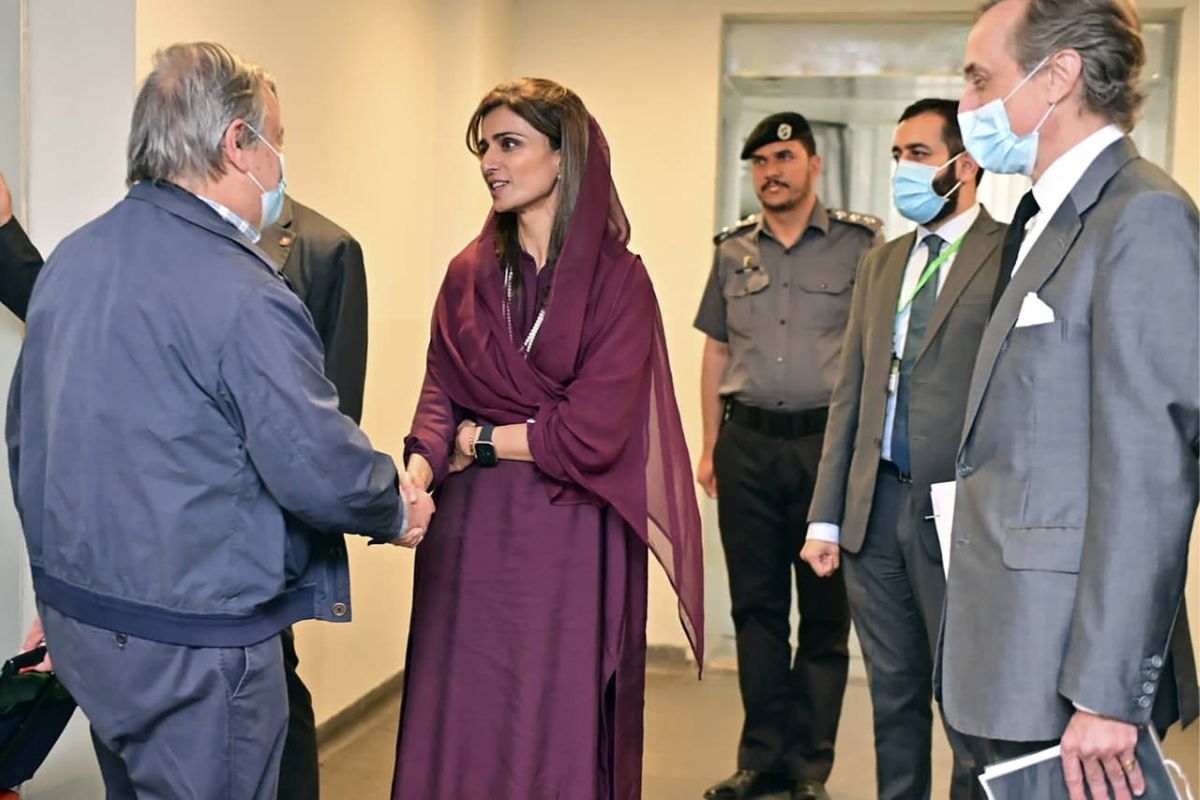 Officials and climate activists say Pakistan contributes less than one percent to global greenhouse gas emissions but is among the top 10 countries most vulnerable to extreme weather.

In a video message to an event in Pakistan last week, the UN chief said: “Let’s stop sleepwalking toward the destruction of our planet by climate change … Today, it’s Pakistan. Tomorrow, it could be your country.”

While finance minister Miftah Ismail estimated the total loss at $10 billion in the midst of a continuing economic crisis, independent analysts put the figure between $15 billion and $20 billion, with fears that it could rise further.

The Pakistani economy is already struggling with rapidly dwindling foreign exchange reserves and high inflation, which reached a five-decade high of 27.3 percent in August.

Several countries have pledged support to Pakistan. Officials said more than 50 special flights carrying aid have arrived so far in the country and more are scheduled in the coming days.