The world of this popular vampire series is vast and expansive so you’ll want to plan to read all the Vampire Diaries books in order.

The Vampire Diaries is about Elena Gilbert, a high school student. Soon, she finds herself caught between Damon Salvatore and Stefan Salvatore, two brothers. This may sound like a high school romance, or a love triangle, with all the twists and turns young teens experience through their teens.

However, readers soon discover that the brothers are centuries-old vampires. Vampire Diaries is perfect for those who love to read a lot and want to explore a compelling narrative that combines romance, drama, horror, and of course, vampires.

The best way to read the Vampire Diaries books in order is by series. This is because there are 5 different series, all with many books that published around the same time. To keep the story together, you should read one series at a time. 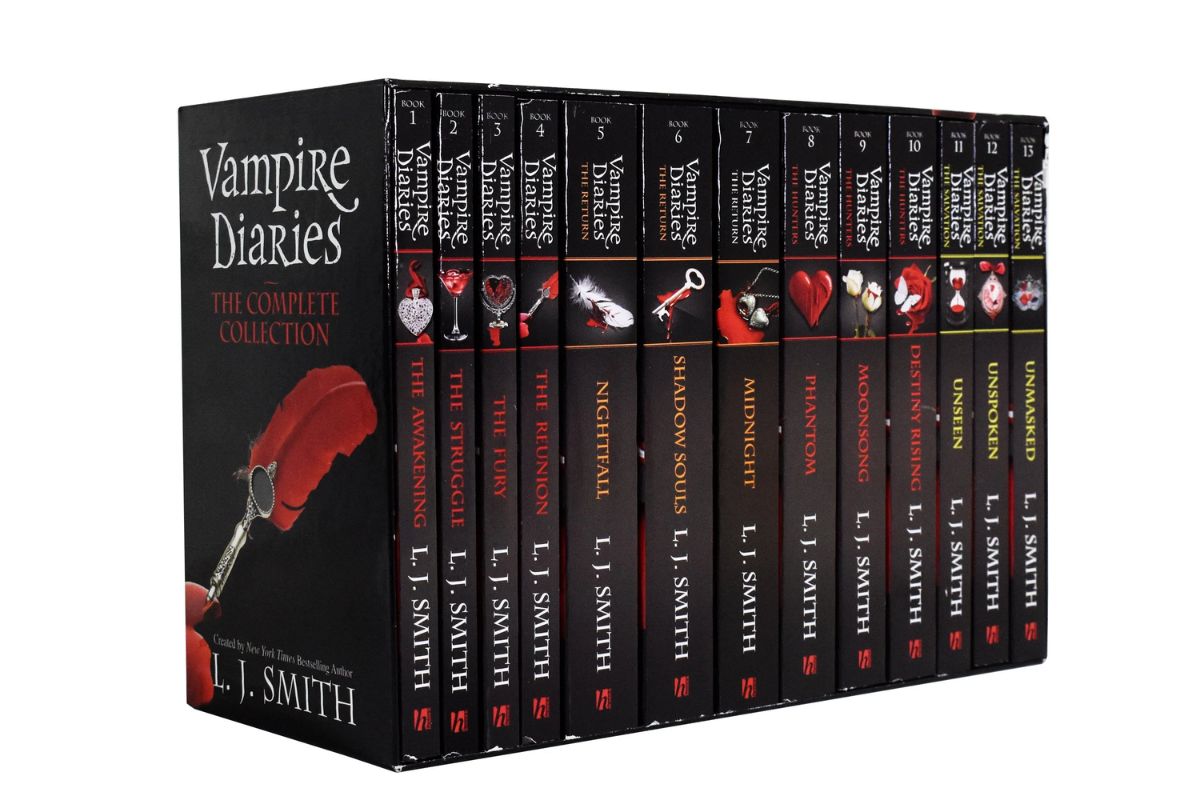 While I’d strongly recommend you the Vampire Diaries books in order by series, I did want to offer this alternative reading method.

Why offer this suggestion?

Because some readers like to enjoy the world of their favorite series in the same way that original fans read them. L.J. Smith produced many books within the same year, but always a few months apart.

While original fans may have been willing to take whatever they could get by jumping from one series to the next, you may want to reconsider. However, if you’ve already read all of the Vampire books in order of series, this might be a fun way to spice things up for a re-read.