Since World War II, recessions have lasted an average of 10 months. Only two months remained of the most recent, which began in 2020.

There is only one issue on everyone’s mind these days: Is the economy in the midst of an economic downturn?

Perhaps not yet, but the economy is showing indications of weakening People on and off Wall Street are concerned about when this will develop into a lengthy downturn and how long it might persist.

Several major financial institutions have raised their economic forecasts in light of the growing likelihood of a slump. Analysts at Goldman Sachs have raised their estimate of the likelihood of a recession in the next year from 15% to 30%. Predicted a 40 per cent chance for a recession in 2023, according to Bank of America’s experts. A quick primer on recessions and why some are already speculating about the next.

What is a Recession?

It is a recession when the economy is no longer growing and is instead declining in size. Some argue that occurs when the value of goods and services produced in a country, known as the gross domestic product, drops for two consecutive quarters, or half a year.

The National Bureau of Economic Research (NBER), which has been in existence for more than a century, is known as the arbiter of economic cycles in the United States.

A recession, in the words of the bureau, is “a severe fall in economic activity” that is widespread and lasts for a long period. As a result, not only does GDP fall, but so do earnings, employment, industrial production, and retail sales. This is a common scenario. 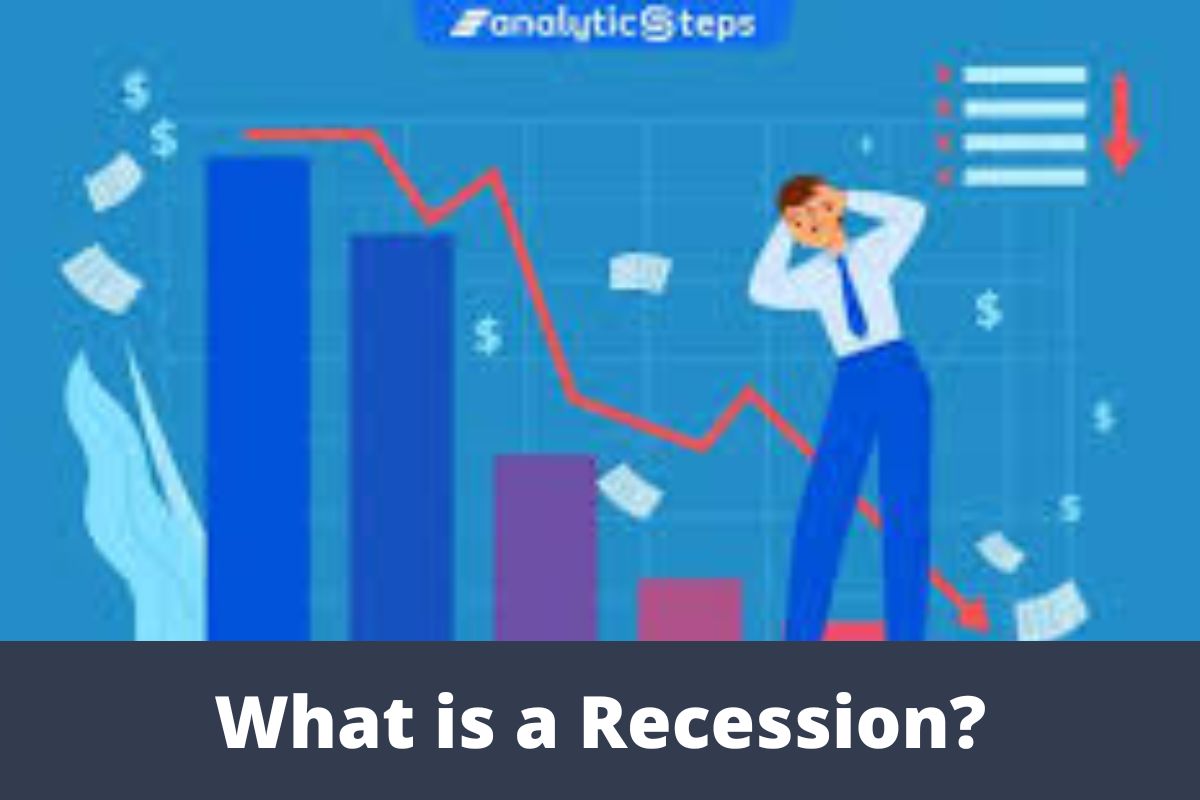 BLS’s Business Cycle Dating Committee officially declares a recession, however, this is usually done after the slump has already begun. There are a variety of ways in which recessions occur. Some are long, while others are short. Some have long-lasting effects, while others fade away rapidly.

Why Do Some People Think a Recession is Coming?

The explanation is simple: the Federal Reserve.Since inflation is rising at its quickest rate since 1981, the central bank is seeking to slow down the economy. As recently as last week, the Federal Reserve announced its largest interest rate increase since 1994, and this year is expected to see even more significant increases in borrowing rates.

To “tear the Band-Aid off,” the Fed is hiking interest rates rapidly, according to S&P Global’s senior US economist, Beth Ann Bovino.

Said Bovino: “The Fed is telling us to get moving now. To prevent the issue from spiralling out of control, “we have to move quickly and we have to front-load a large number of rate rises.”

There is a fear that the central bank may limit growth too much, which could lead to a recession. Since equities have fallen more than 20% from recent highs, the S&P 500 is already in a bear market.

Real estate companies like Redfin and Compass are laying off workers in anticipation of a slump in the housing market, where mortgage rates have risen to their highest level since 2008.

Consumers, the backbone of the American economy, are growing increasingly concerned, which is a bad sign. For the first time in over a decade, consumer sentiment was at an all-time low in May.

According to Ms Bovino, “people start to shut their pocketbooks if they are depressed, are concerned, about their money or their purchasing power.” Households preserve money in anticipation of a downturn in the economy. the economy doesn’t grow as a result if everyone saves

This does not imply that a recession is imminent. We must not forget that the labour market is robust and is a crucial support for the economy. At 3.6 per cent, the unemployment rate remains near a half-century low despite the addition of 390,000 new positions in May, marking the 17th consecutive month of job growth.

How Often Do Recessions Happen and How Long Do They Last?

Even while “enterprise cycles” are often described as periods of expansion followed by a decline, the occurrence of recessions is anything from predictable.

According to the agency, some recessions can occur back-to-back, such as the one that began in 1980 and ended the following year. It’s not unusual for downturns to occur a decade apart, such as in March 1991, when the last one ended and March 2001, when the dot-com crash began.

In general, recessions after World War II have lasted about 10 months on average, according to the N.B.E.R.

The two most recent downturns serve as stark reminders of how diverse they may be: After the housing bubble burst and the financial crisis ensued, the Great Recession lasted for 18 months. Even though the recession in 2020 lasted just two months, it was the shortest ever, even though many individuals were affected by the slump.

For the Business Cycle Dating Committee chair of the National Bureau of Economic Research, the Covid contraction was “particularly stunning” in terms of the sheer amount and speed with which real activity shrank.
“In April of 2020, a sizable portion of the labour force simply wasn’t working.”

Can recessions be prevented?

Honestly, no. They can do nothing to prevent recessions from occurring, no matter how hard they try.

Creating a well-oiled economy would not be enough; politicians would also need to shape public perceptions of the economy. Trying to put the best face on statistics like job reports, stock market indexes and holiday retail sales is one reason.

Using the Fed’s monetary policy and the government’s fiscal policy, for example, officials can minimise the severity of a recession.

Fiscal policy can be used to mitigate the consequences of economic downturns. Depending on the severity of the economic downturn, the government may choose to implement a combination of tax cuts and increased spending on safety net programmes like unemployment insurance.

Even if Congress approves new expenditure on infrastructure projects to spur the economy by creating employment, raising output and enhancing productivity, this may be a challenging proposition at the moment because such investment may exacerbate the inflation problem.

Do follow our site  dailyrealtime.com and get all the latest updates.