In the first quarter of their preseason game against the Eagles, second-year quarterback Zach Wilson suffered a worrying injury to his right knee while scrambling. Wilson’s ACL was reported to be intact by Robert Saleh after the game, but the club won’t know the full extent of the injury until Saturday when Wilson will have an MRI. Based on his analysis of the replay, former NFL team physician Dr. David Chao writes that he thinks Wilson tore his ACL. With an ACL tear, Wilson’s season would be over before it ever began. As the Jets were on their second drive of the game, the injury occurred.

First-and-10 from the Jets’ 42, Wilson scrambled right to evade Eagles linebacker Nakobe Dean, then cut in toward the sideline. Wilson made the motion, but it appeared that his knee gave out, and he slumped forward.

Wilson hobbled to his feet after sitting for a while. A moment later, he was lying on the grass at Lincoln Financial Field being examined by trainers while head coach Robert Saleh looked on anxiously from the sidelines. Wilson walked off the field and into the locker room without any trouble.

Wilson had to make a quick decision after Eagle’s defensive end Tarron Jackson got past Jets’ rookie tackle Max Mitchell and sacked Wilson. Wilson was being pursued by Eagles rookie defensive tackle Jordan Davis, and then Dean closed in on the quarterback, who avoided being taken down by making a maneuver to gain yards. On the play, he was able to pick up seven yards.

Wilson suffered the same injury to his right knee during his first year. Wilson missed four games due to a sprained PCL he sustained on October 24 in New England.

After a dismal debut year, the Jets had great hopes for Wilson in his second campaign. The focus of the summer was on strengthening Wilson’s supporting cast. During free agency, the Jets signed tight ends C.J. Uzomah and Tyler Conklin and guard Laken Tomlinson. They also drafted wide receiver Garrett Wilson and running back Breece Hall. Wilson had put together a nice run of success during training camp, and the team’s morale was at an all-time high. Last Friday night, it all came to a crashing halt.

For a while, it looked as if the lowlight of Wilson’s night would be an interception by Eagles linebacker Kyzir White that terminated the Jets’ first possession of the game. He went 3-for-5 for 23 yards and the interception before suffering the injury.

It is unclear at this time if the Jets will continue with veteran quarterback Joe Flacco or pursue a trade for Jimmy Garoppolo of the San Francisco 49ers. Saleh and Mike LaFleur, the 49ers’ offensive coordinator, were with Garoppolo in San Francisco for three and a half years. 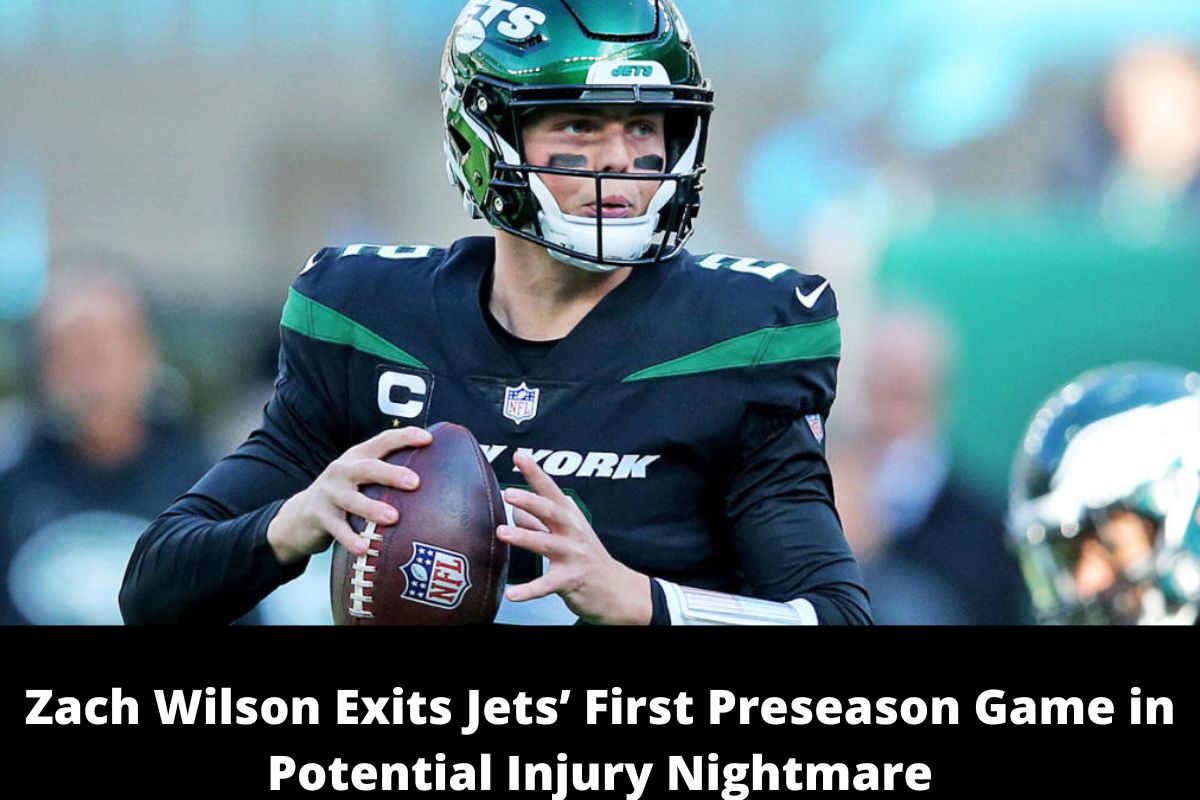 The Jets have had a history of preseason injuries to their quarterback position, and Wilson’s knee injury brings back painful memories of past injuries. While attempting to make a tackle against the Lions in a 1971 preseason game in Tampa, Joe Namath damaged his knee. In 2003’s match versus the Giants, Chad Pennington suffered a broken wrist. In 2013, Mark Sanchez injured his shoulder while playing for the Giants after Rex Ryan bizarrely decided to throw him back in the game in the second half. It now appears that Wilson will be included in that number.

As a result, Flacco did not participate in Friday’s game. As Saleh rested some veterans, he was not wearing a uniform. Wilson was taken out of the game and replaced by Mike White.

Follow our site  dailyrealtime.com for more details we will give you the latest news.